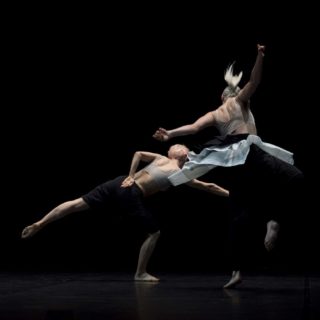 Experimental footwork master Jlin teams up with experimental dance master Wayne McGregor on ‘Autobiography’, a stark, explorative ballet that’s just as meticulous as anything the pair have done on their own. McGregor structures his dance in 23 randomised sections, each representing a human chromosome. To choose the order for each night, he sampled his own genome and sequenced it through a computer algorithm, which will then lock these sections into place.

The order is both frenetic and controlled at once, reflected in Jlin’s confounding score, which holds up well outside of the theatre. All footwork artists attempt to connect with a primal part of the listener though rhythm; Jlin does so by combining a tactile industrial palate with overwhelming patterns and an uncanny-valley approach to sampling. Opener ‘The Abyss of Doubt’ is a clattering banger that samples both Samuel Beckett’s Not I and the Carrie’s “They’re all gonna laugh at you!”. These clips are unsettling on their own, and that’s before Jlin splices, contorts and duplicates them like a twisted surgeon.

The Samuel Beckett sample sticks out especially. Like Beckett, Jlin makes art that strips humanity down to its most desolate features. Her works are repetitive and impenetrable at first, before their warmth and meaning washes over you. With this project, she jumps further outside categorisation. Tracks like ‘Mutation’ could have slotted neatly onto her breakout album ‘Black Origami’ with its growling bass, stabbing futuristic synths and sputtering percussion, but the great majority of her score lives at a slower pace, providing a gloomy, enveloping and ambiguous ambience. These quieter moments often slip into the background, as they were likely intended, making them less essential than her usual work.

Throughout it all, the music remains rich while living at a cold distance. Different as it is, those who’ve fallen for Jlin’s challenging outsider approach will find a lot to love on ‘Autobiography’. 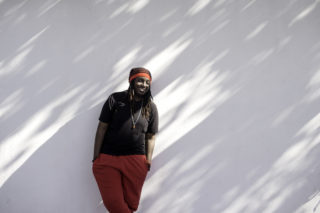 Jlin – Footwork producer Jerrilynn Patton on art, scoring her first ballet and choosing to take the “hard as hell” route