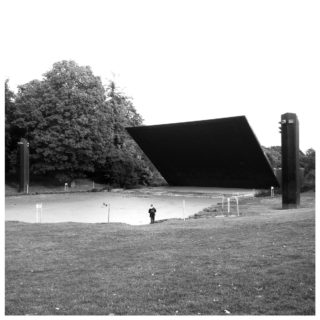 In this post-truth world where alternative facts get squeezed out via the distorted prism of social media, the simplicity of a band like JOHN makes for a refreshing tonic. It’s no-bullshit: two mates called John, one on guitar, one on drums, from Crystal Palace who write flaming punk songs in a band named after themselves. There’s no extraneous fat on the concept, and there’s definitely no frills on the album – seven scorching tracks in the vein of No Age, Fucked Up or Idles. It’s not purely about viscerality though. It is brutal, but melody clearly cuts through the distortion.

The album scrutinises humanity’s mundane rituals that often go unflagged, from our unquenchable thirst for nostalgia on the wonderfully titled ‘Squad Vowels’ to the story of a guy haunted by his fixation with technology and a quest for self-improvement on ‘Ghost Printer’. ‘Factory Settings’ might also be the most furious song ever written about a multifunctional mobile phone. If it is about a phone. Stupid fucking phones.