“It’s a bit weird isn’t it?” says Johnny Healey, in a quiet corner of a South Norwood pub, a few doors down from his studio at Stanley Arts. “It doesn’t feel like we’re breaking onto the scene because we’ve been doing it for so fucking long. Like, ten years and you’re always on the cusp. It was nine years of just putting your head above that pit, but this new album is the first time we’ve really started feeling like this could be a proper thing.”

The rise of the tentatively titled two-piece JOHN – so-named after drummer and vocalist John Newton and guitarist Johnny – has been a slow burn. The few hyped-up headlines of tours with IDLES, Mclusky and METZ are important parts of a story that they’re proud of and grateful for, but that serve as little more than a decoy to the greater mission statement of a band that’s lovingly and sustainably curated its own community across the last decade. From their debut album, Godspeed In The National Limit, to its follow-up, Out Here On The Fringes, released in the warning tremors of a global pandemic, JOHN have become the thinking man’s noise rock group; two pariahs on the ambiguous and cinematic peripheries of post-punk, and doyens of its furious and cavernous DIY sound.

“I think we’ve always been interested in that steady build,” says John, “but it’s nice to get recognised, to get picked up by the bigger festivals and get that radio support on the bigger stations. I love that it’s grown in an organic sense. And once you get one thing, other things start to open up.”

“I think the main difference we’ve actually felt is playing shows to more people,” says Johnny. “When we stepped out at Green Man Festival the other week and there were three or four thousand people there you start to think “holy shit, okay, people want to listen.” We ended the last tour in Greece, in Athens, and played this amazing one-off show to 500 people in a country we’d never been to, with no idea that people liked us or even knew who we were. We were on the aeroplane back when the news was breaking about everything coming to a halt. We were really proactive with our time, but with any break you always have that worry that you might have to start building that again.”

Beyond the spectacle of their live show, too – the childish and slightly antiquated wonder that comes from seeing two artists creating a veritable wall of analogue sound in front of you, a magic trick where everyone knows the method but still holds their eyes wide – it has become an important part of JOHN’s creative process. Improvised stretches of guitar allows John to catch his breath between ending the songs and talking to an audience. These more experimental transitions are hard to replicate, but become a big part of their third album, Nocturnal Manoeuvres. A series of 7” records released in its wake include a B-side of each album single performed live to no one at the Bookhouse Studio in south-east London. 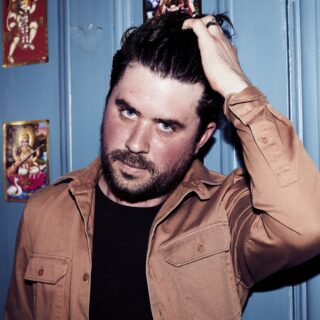 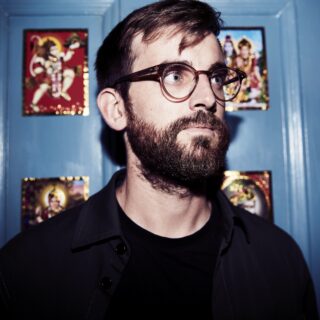 No aspect of JOHN is farmed out to a bigger team, from the self-designed artwork to collaborations on the music videos, the marketing, and the actual record distribution, where vinyl boxes line the walls of John Newton’s flat, and old t-shirts used as draft excluders. They even set up their own imprint, Pets Care Records, named after an old pet shop in Crystal Palace, to release their first two records. “Mainly because no one else was going to,” admits Johnny. But Nocturnal Manoeuvres signals the first time JOHN has co-released an album with a label (Brace Yourself), and it contains some of their most idiosyncratic moments as a band. It’s their loudest and quietest work, with their most in-your-face songs and most experimental sonic detours.

“When it actually came to making the album, we realised that we could write these really atmospheric songs that could be longer than three minutes,” says Johnny. Moments of the album would fit more seamlessly alongside Sunn O))) and Godspeed than their punk contemporaries. “We’ve still got those three-minute slaughterhouses, but we’ve expanded on certain sounds like the title track from the last record, which people seemed to love. It’s like watching a Reliant Robin get fitted with a Porsche engine.”

“We’ve honed it quite well, and recently we’ve really started to push it,” says John. “For instance, Johnny’s never sung before.”

“Just because I couldn’t play guitar and sing at the same time,” he laughs. “But yeah, when we recorded the album, we had Dev from Idles do some backing vocals, so I needed to work out how to do it for when we played live.”

It fits thematically that JOHN should be studying their craft for a record that explores the intricacies of continual labour, and furrows the dirt on a 24-hour culture that rewards instant gratification. But there’s no value judgement offered; no oblique criticism beyond realising its peculiar redundancies. The photograph adorning the front cover, too, is an alluring look inside the iconic Crystal Palace Bowl pictured on their debut album – an austere image that creates an uncanny, endless loop in their discography.

“It became more obvious during lockdown that there are these people working throughout the night,” says Johnny, “these unknown bodies that keep the city running. We were rehearsing quite late, too, and these nocturnal manoeuvres became a really interesting subject for us to think about. When you play a show and you don’t get home until 3am, only to wake up, travel all day, play another show and get home at 3am, you become part of that system.”

“It’s capitalism versus natural order,” adds John. “Invaded sleep. We’ve never wanted to talk about blanketed political themes in our music; we’ve wanted to write vignettes of these everyday moments and through that the politics can come, and people can impose politics on it afterwards.”

It reminds me of a Leonard Cohen quote, that a person’s first rebellious act is the refusal to sleep. “But it’s almost become the other way round now,” says John. “Capitalism has enveloped everything. It’s commercialised sleep. The body’s natural Circadian rhythm becomes interrupted by making money.” Later, on the bus home, billboards advertise mattress sales, and a woman smiles next to a bottle of vitamins with the slogan “aren’t you tired of feeling tired?”. Relaxation apps to help you sleep intersperse songs with neurologically composed frequencies.

“But I’ve always found that my favourite people were the ones who stayed up late and got up late,” says Johnny. “My aunty, who was an artist, could never go to sleep before 4am, and would never get up for any family event before midday. She was always her own person. I loved the idea of people doing creative things at night, when everyone else is in bed.”

“It’s kind of like the Edward Hopper painting [‘Nighthawks’],” says John, “the classic American diner where there’s someone perched at a stool, alone.” It portrays a strangely seductive detachment, an equal ability and inability to exist in an urban space. “We talked a lot about security guards in the city. It’d seem like such a bizarre thing if you came down as an alien to Earth and saw this person protecting a big shiny, empty building. A lot of these new songs are trying to uncover these potentially redundant human conventions that we don’t see because of tradition. Sometimes we become so clouded in an idea of normality that things don’t get questioned. That’s where art can be the perfect thing to step in and say, ‘What the fuck are we doing?’”