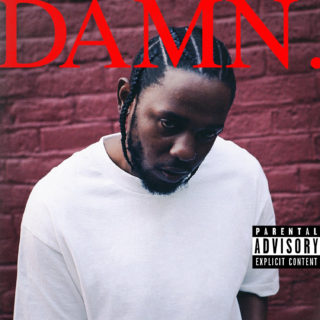 After two years of dissection, acclaim, Grammy wins, world tours, protest anthems, high-school classes, influence on countless artists and co-signs from Obama, ‘To Pimp A Butterfly’ still bites with each listen. Kendrick Lamar’s jazz epic has never been bogged down by its hefty subject-matter or overexposure, from the dense lyricism to the bubbling free jazz instrumentation. So much that anything else Lamar releases will be viewed in relation to such a peerless work (and to the other masterpiece he brought out immediately before it).

It’s apt then that ‘DAMN.’ acts as a reflection on Lamar’s status as a living legend. In one breath he’s boasting about his king status, the next he’s crumbling. This pressure leads to an explosion of not just self-doubt, but doubt in just about everything on ‘FEEL.’: “Monsters, false prophets schemin’ / Sponsors, industry promises / Niggas, bitches, honkies, crackers, Compton / Church, religion, token blacks, and bondage / Lawsuit visits, subpoena served in concert / Fuck your feelings, I mean this for imposters… ain’t nobody praying for me”. Lamar questions it all with a familiar flow, one we heard on ‘U’, and like that, we’re back in that hotel room with him. After four albums, Kendrick is still spitting like he has something to prove. The effect is devastatingly raw.

Lamar’s answer to this pressure is to free himself from expectations, and release a proper RAP album. ‘DAMN.’ is blunt and instantly rewarding, stripping back the difficult structures and heady skits that made his previous projects so colossal. Yet this album is hardly dumbed-down. On the snarling beat-switch of ‘DNA.’, inane (and racist) FOX news samples are swallowed by Lamar’s unapologetic rap bluster; “This is why I say that hip-hop has done more damage to young African Americans than racism in recent years” declares Geraldo Riviera, before the song overpowers his words with quaking beats and direct rapping. The record’s purpose clicks into place.

For once, Kendrick is taking cues from contemporaries, underlining the thrill of rap while asking everyone else to do better. He borrows from Drake on ‘ELEMENT.’ and ‘LOYALTY.’, even teaming up with Rihanna to write a pop gem that towers over what’s come before. On ‘GOD.’, he’s embracing the camp swagger of Young Thug, smiling at those that scoff at trap music as somehow inferior to ‘conscious’ rap. “Laughing all the way to the bank, AAHAAAA” he warbles, taking a moment to bask in his success.

‘DAMN.’ is a restless beast, hopping style and emotion every few minutes. The trio of ‘HUMBLE.’, ‘LUST.’ and ‘LOVE.’ careen into one another, moving from gritty banger to intoxicating psych-whirlpool, to cutesy slowjam without blinking. Each moment is laced with detail and vivid storytelling. Lamar’s voice contorts to find new shades of light with each song, his flows and inflections reflecting exactly the emotion he wants you to feel. The surprise U2 collaboration takes what could have been a rap-rock headache and instead shatters into dizzying, Bombsquad-gospel hybrid. “But is America honest, or do we bask in sin? / Pass the gin, I mix it with American blood” he sighs, putting every sinner in his sights, himself included.

This varied assortment of styles means that at least one moment will likely rub each listener up the wrong way. Personally, the standard chorus on ‘GOD’ breaks the spell the album had generated. (Speaking of complaints, Lamar still doesn’t write women well. It’s all well and good being sick and tired of Photoshop as he is on ‘HUMBLE.’, but the goofy demand to “see some ass” directly afterwards reduces his righteousness to Fuck-Boy posturing. Also, cool it with the ‘bitch’ adlibs, dude.)

These tonal shifts do give Lamar a fitting way to switch his focus constantly. He has a lot to say, but he’s insightful enough to know that everyone else does too.  On ‘PRIDE’, his flaws are on full display as he shows that being human can be as powerful a statement as any.

But just in case you didn’t feel the message fully, his gives us ‘DUCKWORTH’, the album’s lone unfurling story, about two men who cross paths by chance. Potential gang violence is avoided thanks to KFC Biscuits and an unspoken understanding. In a classic reveal to rival both ‘good kid m.A.A.d city’ and ‘To Pimp A Butterfly’, those two men turn out to be Lamar’s father, Ducky, and Lamar’s long-time friend and label boss Anthony.

On the ‘Heart Part 4’, Lamar talks of the “difference between accomplishments and astonishments”. It takes astonishing insight to wait four albums to tell an apparently true origin story like this. Lamar spent three albums building a legend status, just to show that he’s as fragile as the rest of us – or maybe it just takes someone praying for you. I’m not religious but ‘DAMN.’ is divine like little else. 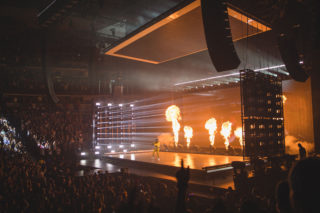