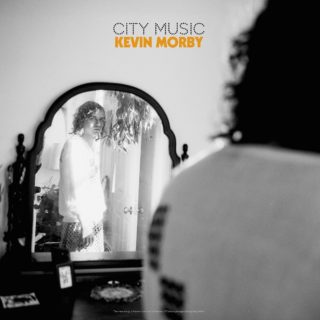 It feels like Kevin Morby is eager to reach a new horizon, musically speaking. Ex of Woods, The Babies and several other bands, this is now the Kansas man’s fourth solo album, and each has struck a different tone. Though this new record is pitched as the urban-inspired companion piece to last year’s country-led  ‘Singing Saw’, drawing from the city landscape rather than the bucolic, there is nothing here with the brassy energy and exuberance of a song like ‘I Have Been To The Mountain’. Rather, these are, for the most part, introspective, laid back songs about feeling lost in a crowded place.

The opening ‘Come To Me Now’ is darkly atmospheric, organ-haunted and Nick Cave-esque in feel, while ‘1234’ fuses the ghosts of The Ramones with the living corpses of The Strokes. Elsewhere, atypically, ‘Aboard My Train’ rides on squally riffs and a rough, buzzy melody.

The homages to Morby’s heroes are starkly obvious at times, from Lou Reed to Patti Smith. The languid vocal style on ‘Night Time’ is then clear-as-day Leonard Cohen, sliding easily over a lazily plucked steel-stringed acoustic guitar before, later in the song, a beautifully relaxed piano part.

This is a very natural sounding record, effortless in form, stylistically distinct and completely coherent. Sepia tones ooze from every groove to make ‘City Music’ suit warm, hazy Sunday afternoons; a glimmer of light reflected on spinning black vinyl that shimmers with a lazy cool.