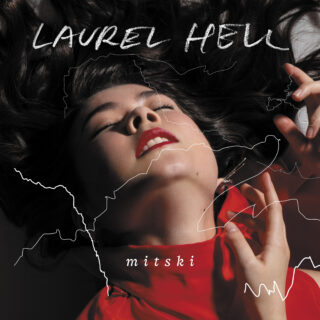 “Let’s step carefully into the dark / Once we’re in I’ll remember my way around”, Mitski sings at the start of her new album, Laurel Hell. After a self-imposed three-year hiatus, it’s a wry acknowledgement of how draining this kind of performance can be. For five albums and years of non-stop touring, Mitski has been laying herself bare for public consumption. This kind of break would be a death sentence for relevance in most cases, but Mitski’s music has a longevity and timeliness afforded to few artists. Like Frank Ocean or D’Angelo, her cultural significance has only grown in the silence between releases.

After those opening lines, it feels like no time has passed. In terms of songwriting, Laurel Hell is classic Mitski – in its incisive lyricism, its slow-burning dread and its crushing portrayal of modern living.

What separates Laurel Hell from her previous material is a pointed shift to upbeat ’80s pop, which juxtaposes her heavy lyrics with desperate moments of optimism. ‘Love Me More’ and ‘The Only Heartbreaker’ nail this approach, in part because it’s never straightforward catharsis. These are knotted, off-kilter pop songs about desire in the face of inevitable misery. The woozy syncopation of single ‘Working For The Knife’ lays the musical groundwork for this more skewed version of pop bombast.

‘Should’ve Been Me’ and closer ‘That’s Our Lamp’ fare less well with this sound, with plain and unflattering dance beats that rely too heavily on pastiche, rather than trusting the song at the core. The cluttered conclusion of the latter is an especially limp moment to end on. More successful is the restrained horror of songs like ‘Everyone’, which gives Mitski’s voice room to captivate on its own. Eerie lopsided drum loops and a droning synth are all we have to centre ourselves, until a piano coda shines through to underline the final lyric: “Sometimes I think I am free / Until I find I’m back in line again”.

There are moments of real magic on Laurel Hell, but it’s only half-invested in the sound it’s chosen for itself, leading to a frustratingly detached listening experience on an album that begs for physicality.