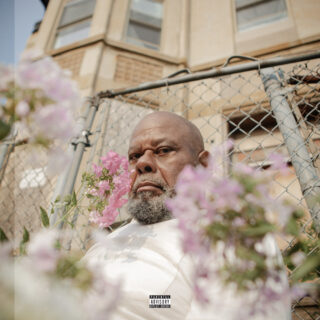 Chicago rapper Saba packs an awful lot into new record Few Good Things. He’s been a fiercely independent, ambitious artist for some time, and as part of the collective Pivot Gang has become a key figure in his native city’s DIY hip-hop scene; on this, his third album, he expands his sound to an impressive scale that does justice to the breadth of ideas and experiences on which he focuses his lyricism.

From opener ‘Free Samples’, a suspended-animation mood piece that eases us into the record in the manner of Flying Lotus’s most sensitive moments before dropping into a slinky, Madlib-esque groove, Saba’s sonic restlessness is audible. Soon enough, we’re transported through an impressively various yet surprisingly cohesive range of aesthetics: the DAMN-era Kendrick purpose of the clenched-jawed ‘Survivor’s Guilt’; the pungent funk of ‘Fearmonger’, featuring Daoud; the DOOM-like shuffle of ‘Simpler Time’; the icy drill of ‘Stop That’, tapping into his Chicago heritage. Perhaps most affecting of all is the buttery ‘Make Believe’, whose slick arrangement and soulful vocal contribution from the fast-rising Fousheé close out the record with real elegance. This is a really smart, multifaceted statement from Saba, promising even bigger things to come.