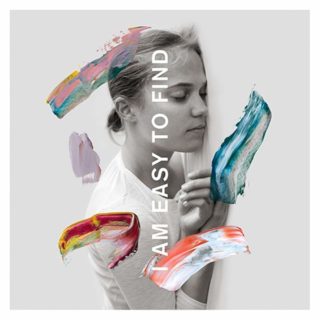 Who, do you think, are album short films actually made for? Earl Sweatshirt made a good one and everyone talked about Beyoncé’s and Vince Staples’s for exactly three days after they came out, but other than those everyone may as well go home. Who really finished listening to Pure Comedy and thought to themselves, you know what, I really need another twenty-five minutes of this?

Not that I begrudge the National their own foray into cinema – there’s a companion piece directed by Mike Mills starring Alicia Vikander currently being shown at screenings around the world – their particular brand of muted grandeur has often had a visual quality. That’s something that’s only brought into sharper relief by I Am Easy To Find, which sees the band paring their style down while simultaneously further exploring the grand, sacral sounds that have long lurked in their strings.

Most of the tracks here rely on a common palette of female backing vocals, pale piano, indistinct horns and strings that could have wandered off a Christina Vantzou record, all in service of Matt Berninger’s rich vocal performances. Often, it feels like Bryan Devendorf’s drums are all that’s stopping the whole affair from slipping away into full-blown ambience, though there’s always another moment of swelling National stateliness around the corner to shake you out of your chair.

Berninger also steps back completely for several interludes featuring the Brooklyn Youth Chorus, to mixed effect. ‘Her Father In The Pool’ is a liturgical moment of pause after the swell of the title track which recalls Grouper at her best, but ‘Dust Swirls In Strange Light’ quickly loses its charm by being extended to three minutes when it could have been one.

That’s a nitpick, though: essentially, this album is up there with the National’s best. The one-two punch of ‘Where Is Her Head’ into ‘Not in Kansas’ is unbeatable: these are the tracks that everyone will be talking about. ‘Kansas’ in particular is masterly, a seven-minute opus which deftly switches between the hazy summers of late childhood and political alienation.

That sounds like a strange combination, but it’s not. We’re all ageing into a world that doesn’t make sense anymore, where the political climate and the environment have changed so much that the future no longer matches with the past. It’s this lack of consistency that the National mine to such great effect. Berninger sounds on the edge of tears as he reflects on the rise of “alt-right opium” and smiles through the pain as he reflects on the safety of a childhood spent “eternally unalone”. “I am not in Kansas/ Where I am, I don’t know where,” he sings, and the dislocation hurts.