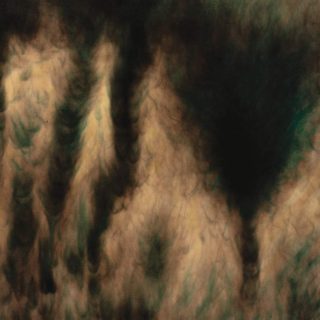 Spend enough time in the world of William Basinski and night begins to look an awful lot like day. Viewed from one angle, something like the elegant ‘O, My Daughter, O, My Sorrow’ can sound like a cavern of decay, sonic matter crumbling from sonic matter. At other vantage points, at another time of the day, it sounds like a yawning burst of light: is this disintegrating or is this accumulating?

Lamentations continues a prolific half-decade for Basinski, whose role in 21st century music history is now assured. Though his Disintegration Loops will forever be indelibly tied to 9/11, it’s worth reflecting on the extent to which his work shaped a generation of musicians thereafter, wrestling ambient from both new age and, increasingly, the commercial imperatives of having something that fits the confines of streaming service
‘chillout’ playlists.

Many of the works on Lamentations have a longer gestation period than on previous Basinski records, many of the samples having been in his archives since the late 1970s. As ever, the passage of time is the process. Grief too becomes more central to this work, particularly in its use of emotive female vocal samples. The high-water mark of this is ‘All These Too, I Love’, where a looping opera sample accumulates dusty clicks that, when repeated, when echoed, become like a heartbeat and have an almost crushing emotional impact. There are sonic surprises too, such as the whirlpool electronic gurgling of ‘Punch and Judy’. Paint peels, bodies age, Basinski’s thrilling loops fracture and fall.