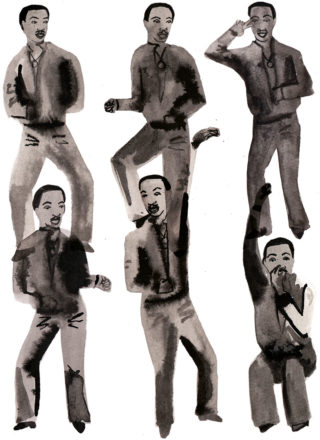 Forget Beverly Hills Cop 3, Eddie Murphy's lowest point was a video he made with Michael Jackson

Eddie Murphy has been a Beverly Hills Cop, a Nutty Professor, Dr. Dolittle, a Vampire in Brooklyn and Delirious at various points in his Hollywood career, but over the course of the last 35 years, he’s also released three studio albums, countless tracks and collaborated with Michael Jackson, Nile Rodgers, Rick James, Stevie Wonder, Shabba Ranks and Snoop Dogg with varying degrees of success.

Pulling in that Rolodex of musical heavyweights looks impressive but dipping into the grab bag of Murphy’s music career requires some careful extraction. After a few comedy albums that combined his stand-up routine with tongue-in-cheek music numbers, his debut studio album, ‘How Could It Be’, arrived in 1985, neatly sandwiched between the release of Beverly Hills Cop and Beverly Hills Cop II. Panned by the press but a commercial success, the album hit #26 on the Billboard 200 and spawned the indelible ‘Party All The Time’ (with a montage music video to match) but even with the success of that track (it hit #2 on the Billboard Hot 100) it seemed that for every action there was a reaction.

Take the sax-addled 1982 track ‘Boogie in Your Butt’ from his self-titled debut stand up album, where Murphy lists a series of objects you can stick up your arse, or the eyebrow-raising ‘Whatzupwitu’, where Eddie and MJ dance, make googly eyes at each other and over-sing to a Powerpoint presentation backdrop with all of the effects thrown in. The most disconcerting thing about it all, however, was that the track was released in ’93 so neither could even blame the ’80s for deciding to sing with clipart.

In ’89, Murphy returned with his Nile Rodgers-produced second album ‘So Happy’, hit #70 on the Billboard 200, and did an oddly competent impression of Prince and MJ as he sang “Mr. Murphy needs some satisfaction” on the suggestive ‘Put Your Mouth On Me’.

Four years later and ‘Love’s Alright’ emerged to complete the current Murphy album trilogy. Featuring the awful ‘Whatzupwitwu’, it also included ‘I Was A King’ with Shabba Ranks, where the duo’s powerful message around slavery and America’s exploitation lyrically hit hard but softened when you saw Murphy dressed like a ‘Millenium’ era Backstreet Boy in the video.

Then Murphy’s music disappeared and it wasn’t until he semi-retired as an actor almost 25 years later that he revealed he’d never stopped making music, he’d just stopped releasing it. After building a studio in his previous home (sold to Alicia Keys) he built another studio in his Beverly Hills mansion and returned with a new single, ‘Red Light’, with Snoop Dogg (or Lion, as he was then) in 2013. Older and perhaps wiser, his move into reggae proved to be surprisingly solid with Murphy channelling his inner Marley further on 2015’s ‘Oh Jah Jah’. Strip away the knowledge that it’s Murphy rocking a fake Jamaican accent and it’s a listenable, almost convincing social commentary of the kind he pushed with Ranks over two decades earlier. And with whispers of new album ongoing, it seems Eddie really is a Boomerang.