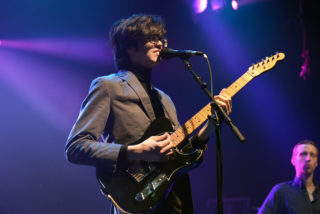 Car Seat Headrest’s diary suggests they’re a band in a hurry and on tonight’s evidence, they play like one too.

In actuality, they’re a one-man project, with Will Toledo turning out material at an almost aggressively rapid pace and putting together a gang of his mates to play them live. Last year, he put out what is officially his thirteenth record, ‘Teens of Denial’ – eventually, anyway, after a legal wrangle with Ric Ocasek of The Cars (because of a sample) saw early copies of the album pulped at no little expense to Matador Records. It was their second album for that iconic imprint, and their breakthrough as well.

Which is why Toledo has gone from selling out Manchester’s cosy Deaf Institute last June to packing out the roomier Gorilla less than a year later and booking, for August, a show over the road at the Ritz, which can hold the best part of a couple of thousand. Car Seat Headrest are going places fast, then, and it’s not hard to tell; they batter through tonight’s set with a purpose, opening with an incendiary one-two of single-worthy ‘Teens of Denial’ cuts ‘Fill in the Blank’ and ‘Vincent’.

Elsewhere, they’re not afraid to experiment, and for all Toledo’s on stage reticence – decked out in a polar-neck, he doesn’t have much to say to the crowd – he’s happy to mix things up. Perhaps the biggest ‘hit’ from the album, ‘Drunk Drivers/Killer Whales’, is extended and rounded out with a hectic outro that interpolates another Headrest track, ‘Plane Crash Blues’, while the fast and loose encore of ‘Connect the Dots (The Saga of Frank Sinatra)’ descends into out-and-out improvisation, with a raucous take on Patti Smith’s ‘Gloria’ worked in for good measure.

It’s a bizarre dichotomy – guy makes records in bedroom and transforms them into rough and ready rock on stage – but it’s one that works for Car Seat Headrest. The truth of the matter is that if they can continue to get past such a clanger of a band name, negotiating the finer details of a Jekyll and Hyde relationship between studio and road should be a cakewalk. Tonight suggests as such – from the striking light show to the boisterous interpretation of the songs, Toledo and friends are on a roll. 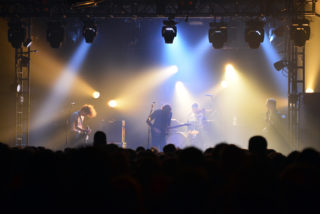 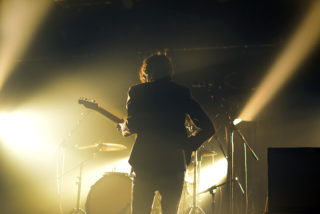 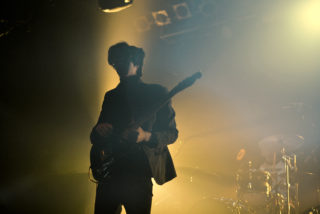 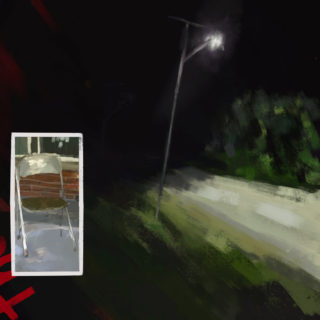