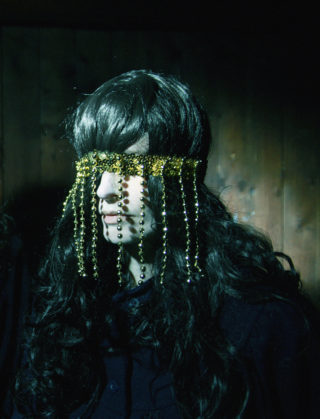 I got a job once in telemarketing selling rare coins. I was hired by a man who said the customers were older men and liked young women’s voices. He had no front teeth. I never even showed up.

The film or TV show you can quote the most of

Buffy the Vampire Slayer. All 7 seasons.

Arizona, for its little fluffy clouds.

‘Hearts and Bones’ by Paul Simon. But I never could.

I stood next to Björk. I didn’t say anything because I’m too shy, but all the pores of my skin were leaning towards her.

The ones I didn’t know were dates until I realised I had to run away.

I bought a really expensive guitar once, then panicked and had to return it, which was horrible. Afterwards I stood outside the shop and cried. But eventually I found a much cheaper and much better sounding guitar.

Things that are not mine.

Lars Ulrich. I feel like he is in every single music documentary I see, haunting me like an annoying ghost with a Danish accent. Always saying the same stupid things (there seems to be only 3 people appearing in music documentaries. Lars Ulrich, David Fricke, and Dave Grohl).

I can’t decide between [1914 horror film] It Follows and neoliberalism.

That my hair has something to do with it.

The bigger and much more interesting question is who would direct it?

[The Rebecca Solnit essay] Men Explain Things To Me.

It’s not just you, those guitar solos ARE stupid.

Value your doubts. Also: Never ever listen to the dude in the music shop.