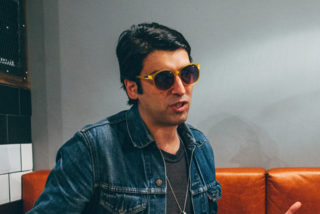 “I once spent 30 minutes talking about mobile phones to Michael Stipe whilst tripping on Absinthe.”

“If you believe in something enough, it’ll eventually happen, so never give up.”

I’ve taken pride in every job I’ve had.

It would be home, London. After that, Los Angeles. As a Brit I’m easily swayed by the food and weather.

I once spent 30 minutes talking about mobile phones to Michael Stipe whilst tripping on Absinthe. I somehow ended up sitting between him and Courtney Love. Think it was around 1999. He was really pleasant.

The hard drives with around 200 unfinished projects on them

It would have been an eternity ago, but nothing springs to mind as terrible.

A Roland Jupiter synthesizer that I bought around a decade ago and haven’t used as much as I’d have liked to have.

Right now it’s a red and black T-shirt I was bought for my birthday.

It would need to be something I had some form of control in, as it’s a waste of time to be disappointed in others and their actions. There’re a few but sometimes they help you get the best out of yourself in the future.

I’m not too sure what people think of me, so it’s tough to answer.

Not to in front of anybody who cares about me.

Being so tall brings a few physical problems so I’d just focus on those.

A lack of humour.

Nothing. It could influence me to avoid mistakes that needed to be made.

Don’t be afraid of failure. Keep trying. Never give up.

Beyond The Wizards Sleeve 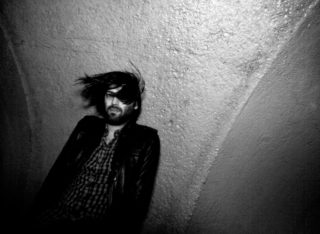 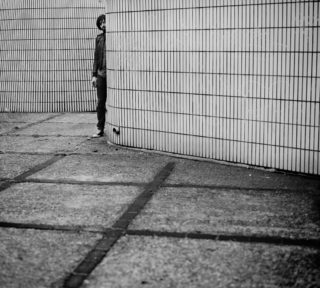