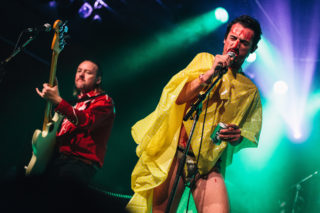 A band not on the conventional charm offensive

Eurosonic Noorderslag, held in the university town of Groningen in northern Holland each January, is the place European festival bookers go to discover new bands. The stuff they like, they book for the summer season, and it’s been known for some acts to get 20+ new festival bookings in everywhere from Portugal to Poland off the back of playing shows here. Hundreds of new artists from across the continent play in around 25 venues dotted across the city for four consecutive nights. Any decent space that can get refitted as a venue for a couple of nights does, which means you get Let’s Eat Grandma playing in a grand old theatre reversed so the audience stand on the stage, crowds literally lying down to enjoy the music at domed-venue The Dot and an art gallery reception turned into a performance space at Minerva Arts Academy. There’s even a temporary train shed built in the town square where locals can watch music for free.

The Moonlandingz are playing Vera – a basement venue that ordinarily hosts punk, ska and indie rock nights, their most famous claim being that Nirvana performed here once.

As you’ve no doubt heard, this is a band of provocateurs with a dark, self-destructive, twisted humour. Here they are, about to play one of their first European shows. Most groups would dress to impress. Not Johnny Rocket – aka Lias Saoudi from Fat White Family – he doesn’t really dress at all. He arrives on stage wearing a bright yellow plastic poncho and a silver glitter codpiece. That’s it. Apart from a few messages scrawled onto his body in red lipstick, including ‘LEAVE’ penned across his forehead (Brexit’s still a touchy subject here at the conference side of the festival). It’s quite a sight, as he shuffles around the stage with the bright, white spotlights rebounding off his pale bum cheeks. 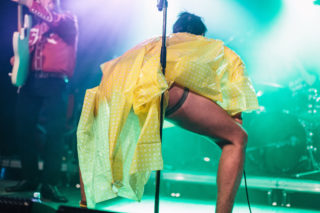 This isn’t just the Rocket show, though. There’s Adrian Flanagan, the deadpan, entertaining curmudgeon from Eccentronic Research Council playing keys with one hand and holding a bottle of red wine in the other. Guitarist Mairead O’Connor’s face interchanges between a sneer and a wry grin as she dishes out motorik riffs.

Watching The Moonlandingz is a bit like watching a short, disturbing horror film where the narrator cackles like Vincent Price from the intro to Michael Jackson’s ‘Thriller’.

The songs are loud and snaking, soaked in a reverb, but also oddly accessible. It’s both clinical and chaotic. For example, recent single ‘Black Hanz’ is tight, but Rocket has half a plastic sheet stuffed up his arse as he performs it. ‘Sweet Saturn Mine’ and ‘I.D.S.’ both sound great, too.

Ultimately, it’s an industry show. Large parts of the audience are business onlookers, which means it takes until the final few numbers for people to loosen up and join in. They might walk off sweat-soaked and looking a bit disgruntled with the general sound and vibe, but it’s fine, The Moonlandingz have made their lasting introductions. 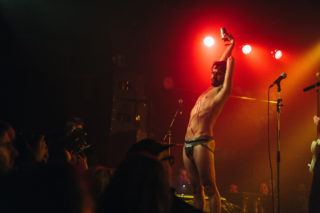 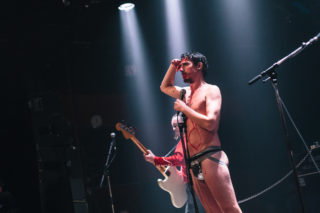 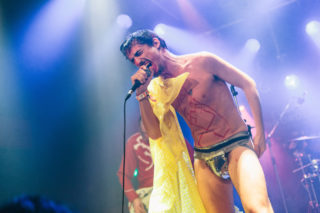 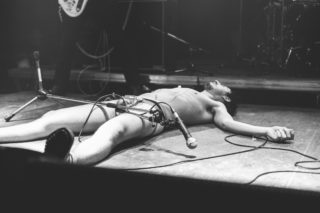 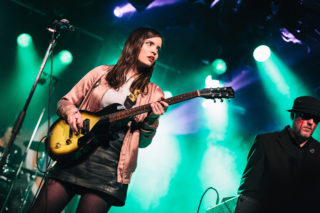