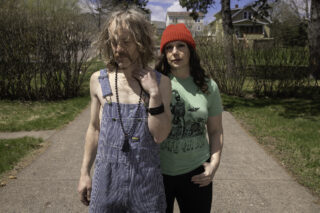 As one half of Low alongside her husband Alan Sparhawk, Parker was responsible for some of the most arresting music of the last 30 years – and was an incredibly steadying, empathetic presence throughout their life together

When a famous musician dies, the complicated matrix of sadnesses that accompanies it often revolves around the loss of a much-loved personality and the ending of a creative life that’s brought people together in admiration and kinship. On the one hand, the death from ovarian cancer aged 55 of Mimi Parker, one half of Low alongside her husband Alan Sparhawk since 1993, follows that pattern: her steadying stage presence and soothing temperament during performances offered a therapeutic calm, both to the crowd and her husband, amid the surrounding emotional overflow. Her singing and songwriting, on stage and on record, too, had a cathartic and unifying character around which fans felt they could build a relationship, with Parker and with each other.

On the other hand, though, Parker’s death cuts far deeper, taking with it not just a singular musician but also an array of relationships with Sparhawk that were as inspirational and publicly observable as they are irreplicable.

Most obviously, there’s Low, an indivisible musical collaboration and one that seemed entirely born of a mutual trust, support and adoration. Particularly galling in that context, too, is that while many 30-year-old bands have their best days long behind them, Parker’s untimely death has cut down Low in its prime, with a sense that the band’s astonishing second phase that began with 2018’s Double Negative and continued with last year’s Hey What had only just begun.

Just as cruelly premature is the abrupt end to Parker’s performing relationship with her husband. Her singing voice alone was beautiful – soulful and plaintive, crystalline and searching – but her duetting with Sparhawk made a sound unlike anything else in rock music. The reality that that atomically perfect fit of voices will never be heard again is difficult to accept today.

And then, away from music from one perspective, but from another completely intertwined with it, there’s the brutal ending of a marriage that felt ideally matched. One of the few highlights of the Covid lockdowns was Friday I’m In Low, a weekly 20-minute home concert by Parker and Sparhawk, beamed unadorned onto Instagram Live straight from the couple’s living room. The shows were brimming with homespun warmth, tangible intimacy, and a three-dimensionally authentic chemistry. During these little shows, Parker would from time to time nudge Sparhawk, with love, out of an inter-song ramble, and it was as sweet a couple-interaction as you could wish for, emblematic of what a great fit they were.

Of course, being a band together, theirs was a very public-facing marriage, and although never paraded as some sort of paragon, there was a sense that it was just as successful privately, with the band helping to sustain the marriage, and vice versa. That love will surely remain with Parker gone, but with perhaps a shift now from contentment to anguish to just plain hard loss – and it’s tough to think of a soul as sensitive as Sparhawk’s having to go through those changes.

I met Parker twice, once as a fan, and then again professionally. As a fan, I queued up at End of the Road in 2019 so that she and Sparhawk could sign my copy of Songs For A Dead Pilot. As they signed it, I garbled something brief to them about how that EP in particular had helped me massively through a very difficult time in my life 15 or so years earlier, and Parker responded with a wordless facial expression of such allyship and comfort, halfway between a smile and a frown, that I felt even more understood by her, then, than by her and her husband’s records. It felt to me like an unusually warmhearted gesture, but for Parker it was clearly just a natural reaction.

Then, during the third lockdown in April 2021, I interviewed her and Sparhawk over Zoom about their favourite underappreciated bands, and was struck by how good a listener she was, and how kind and patient, intellectually creative and thoughtful she was. I came away from that 90-minute conversation certain of what a dream musician Parker must be to play and write with, and what a perfect life-partner she must’ve made for Sparhawk. I felt delighted they had found each other and made something that neither could’ve alone.

Much of the sadness felt about any death lies in the void that the departed leaves in the lives of those carrying on. During that interview in 2021, Sparhawk remarked, during a discussion of the dangers of working with one’s spouse, “Who wouldn’t want to go on the road and be creative and do something with the person they love, twenty-four seven?” The tragedy of Parker’s death is that it instantly prohibits that innocent, almost uniquely pure sense of togetherness, but it’s also rather beautifully indicative of what might be Parker’s greatest asset: she was clearly a brilliant, empathic and compassionate partner, in every sense of the word, someone you wanted to be with all the time. Her beautiful records and the memories of spectacular gigs will live on; how bereft Sparhawk must be feeling right now, as the partner left behind, is perhaps the saddest part of all. 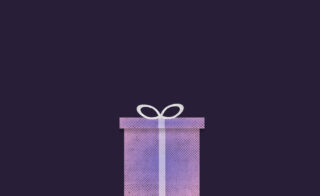