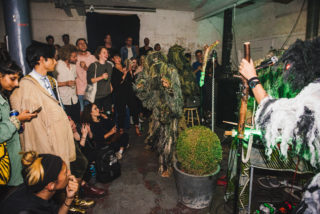 A statement of fact

Last night, the curious were rewarded by three idiosyncratic and eye-catching performances. Snapped Ankles, East London’s premier foliage-covered kosmiche band, began the evening with an experimental piece based upon chance and improvisation. A trio of films from the 1960s were cut into three sections – one was Czech film Daisies (Jordan, the soundman’s spot). The soundtrack and dialogue in the excerpts were augmented by synthesisers. The sounds/pictures relayed to the audience were triggered by Snapped Ankles hitting logs: each, um, instrument triggered the audio and images from one of the films. The sounds and sights were sexual, pastoral then finally violent, and the unsteady polyrhythmic music shuddered between yelps, splutters and words with amputated syllables. The result gave credence to the idea that cut-ups can convey reality more truthfully than linear narrative.

ADRENA ADRENA followed with a laptop (controlled by Daisy Dickinson) full of analogue-sounding samples backed by a drummer (E-Da Kazuhisa – who’s played with Boredoms in the past) beating syncopated rhythms. Painstakingly arranged visuals were also projected onto a white ball, around two metres in circumference, suspended from the ceiling – it looked like a planet, a marble, the inside of a brain, or was filled by trapped insects and humans. The effect was transfixing, and comes highly recommended.

At the end of the night, Snapped Ankles returned in a more immediately recognisable form – a weirdo space rock band in daft costumes – to play songs from their latest EP, and forthcoming album. They reminded those assembled to appreciate one of the last independent East London warehouse venues and delved into their feral brand of widescreen pop. Their whole theatrical performance and sound is reminiscent of the Flaming Lips, British Sea Power or the Super Furry Animals (particularly ‘Director’s Nostalgia’) rather than Can or Neu – despite some sonic nods and rhythmic similarities. Recent single ‘Johnny Guitar Calling Gosta Berlin’ is colossal when played live.

They might be four guys dressed like Sasquatch playing a brick space late on a humid Thursday night, but the current attention focused upon them is no scam. 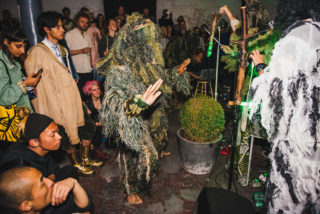 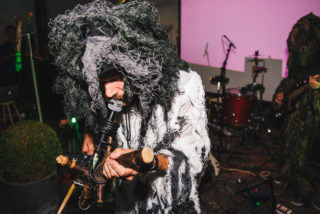 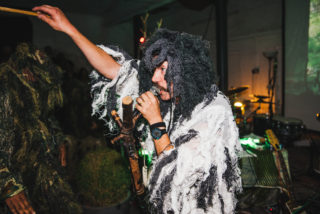 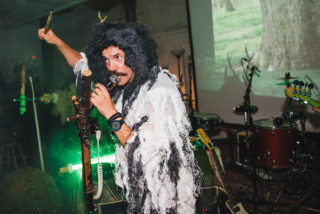 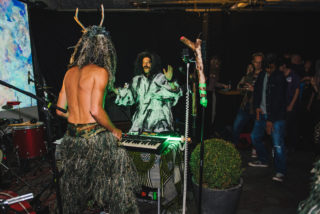 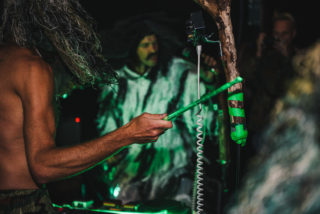