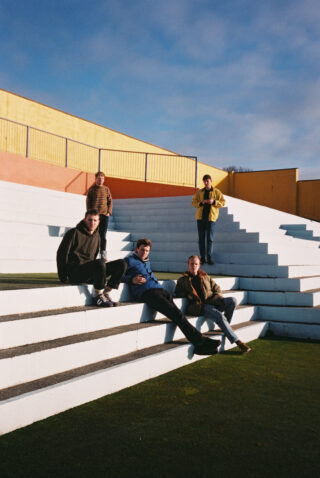 Issue 145 of Loud And Quiet is out February 13th, featuring Squid on the cover, photographed at Portishead Open Air Pool. 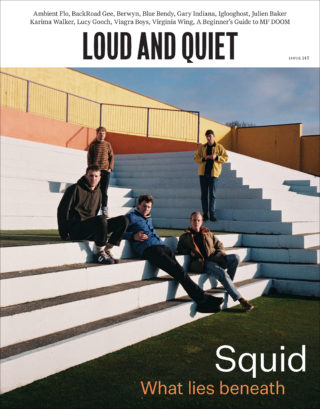 It’ll be the band’s first in-depth interview about their debut album, Bright Green Field, which was announced last week. It’s being released May 7 via Warp, and is a much stranger record than people are perhaps expecting. It’s brilliant too, and despite the bleakness of right now seeping into it, the band managed to find joy, unity and passion in its making.

Plus: A Beginner’s Guide to MF DOOM, the story of Ambient Flo – a new radio station with added birdsong – some important journalism about how badly Craig David was robbed at the 2001 Brit Awards, and Julien Baker in the Sweet 16 chair.

Columns and album, live, book and film reviews too.

Become a Loud And Quiet Member to receive it, or order a solo copy here.

Squid are hellbent on fulfilling their infinite potential