A day of cerebral stimulation in Hackney Wick, east London, this April

If last year’s inaugural Test Pressing Festival was a triumph of diversity, 2019’s return looks set to repeat that success. Moving a few miles south from Tottenham Hale to Hackney Wick and centring upon the venues around that area’s central yard – Studio 9294, Number 90, riverside venue Grow and the multi-purpose intimate space The Yard – this year’s lineup cup runneth over. Industrial techno? Check. Sexy electro-sleaze? Check. Wild-eyed, limb-flailing post-rock? Not a problem, add it all in. It’s happening on Saturday 27 April.

Arguably, it’s among the lesser-known acts that the Test Pressing lineup truly shows its sharpest edge, though with heavy hitters like A Place To Bury Strangers and Bo Ningen, the top end of the bill is hardly without its thrills. Yet with such a calibre of new music as this – from the implosive power of Black Country, New Road to the blissed-out beauty of Woom – you’re going to want to be there early. In fact, they’ve just added three new names to the schedule, Brooklyn punks Surfbort (photographed above), Phillip Jondo and London-based aficionados of Arabian sounds Dar Disku. In the meantime, to help navigate the through the list, here are our picks of some of the potential highlights.

Quite frankly, Michael Wollenhaupt is among the most exciting industrial techno producers working at the moment. Having been at the forefront of Europe’s club underground for some years now, and having collaborated with the likes of Regis and Prurient on his debut full-length, last year’s The Jericho Records, the German artist has serious pedigree, and his brutal, unrelenting music is breath-taking in its combination of mechanical intensity and creative scope.

South London’s Woom weave music of spare, plaintive beauty from the most minimal of elements: four voices, and one (tastefully deployed) guitar. Their vocal harmonies, artisanal in their construction, are fluid, spiralling things, and their knack for an effective melodic left-turn is stunning. Among the wealth of weightier sonics at this year’s festival, they’ll provide a welcome dash of restraint.

Carving themselves a distinctive niche somewhere around the intersection of punk and techno, Bristol’s Scalping categorically and emphatically do not fuck about. This is pitch-dark, bruising stuff, all submarine bass and bulging kicks, utterly clear-eyed in its intention: not only to terrify its audience, but to strongarm them into dancing through the billowing storm.

Like fellow alumni of Dan Carey’s esteemed South London label, Speedy Wunderground, Black Midi, Black Country, New Road have built up quite the reputation in recent months. To this writer though, BCNR are the more exciting prospect, their wit sharper, their (highly accomplished) musicianship more gracefully harnessed, their arrangements more vivid with possibility. They’re not the finished product yet – the influence of U.S. post-rockers Slint is occasionally obvious to the point of mimicry, and their reference-heavy, barely-suppressed insanity schtick can feel a little contrived – but the imaginative potential of this group more than justifies the gratuitous hype they’ve been receiving.

For some years now, Moon Duo have been among the most prominent members of Brooklyn label Sacred Bones’ near-faultless roster. Their dense, amorphous psych rock sometimes suggests towards Suicide, sometimes Sabbath, other times Cluster, and though all of those influences are commonly detectable across the psych spectrum, few acts can claim such mastery over their dizzying craft.

The dystopic, drowsy atmospherics of Silvia Kastel are as arresting as they are subtle, her fluid production approach magpie-like in its inquisitive quest for striking new textures. At once profoundly modern and oddly suspended in a declining-industrial limbo, it’s difficult to conceive of a more appropriate aural complement to the fast-changing, history-rich surrounds of East London. 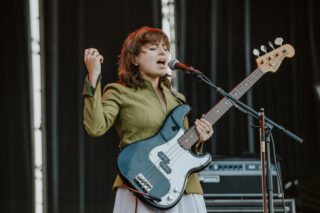 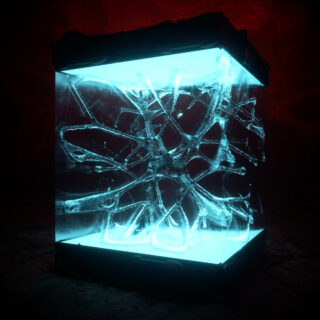