We're giving away two tickets and some important news about us

Not sure if you heard but the tickets for End of the Road festival went rapidly this year. They were all gone by the middle of July. Not really surprising because 1) it’s consistently a brilliant weekend and 2) as we’ve already pointed out – look at that line-up! Even if the headliners aren’t your bag they’ve booked a large chunk of what’s new and interesting in UK music and beyond across their four stages. First though…

Loud And Quiet are also going to be there! And here is what we’re doing:

After a record number of nice comments, our silent disco returns by popular demand. Channel 1 will exclusively play music released in 1999, and Channel 2 will only play music from January 2019 onwards. That’s Smash Mouth to Black Midi. Bring dancing shoes and a £10 deposit for your headphones.

Yeah, just check out that line-up.

Ahead of her appearance on the Woods stage, 2019 Mercury Prize nominated Cate Le Bon joins us in conversation for this one-off live episode of hit music interview podcast Midnight Chats. But it’s in the afternoon, so it’s called Midday Chats. Clever, huh?

Congratulations you made it through the news, now COMPETITION TIME. To be in with a chance of winning a pair of weekend tickets to EOTR 2019, follow these instructions:

Create a new email to info@loudandquiet.com, put “EOTR COMP 2019” in the subject line. In your message send us your name, where you are from and whether you give us permission to put you on our newsletter list (a simple YES or NO. No hard feelings either way, although we don’t spam you – it only gets sent once in a while and tells you about our new magazines, podcasts, albums of the month etc). Also, most importantly, include the answer to the following question.

End of the Road 2019 headliner Metronomy… what is the name of their curly-haired frontman and chief songwriter?

The competition runs until midnight on Thursday 8 August, and with any luck you’ll be joining us watching Spiritualized, Mitski, Courtney Barnett, Jarvis Cocker, Sleaford Mods, Black Midi and loads more.

For full info on End of the Road, visit endoftheroadfestival.com. 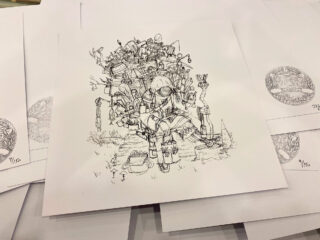 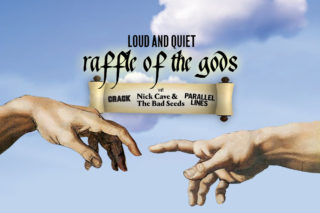 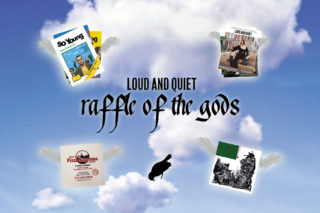 Introducing the Raffle of the Gods, where you can win big and support DIY music