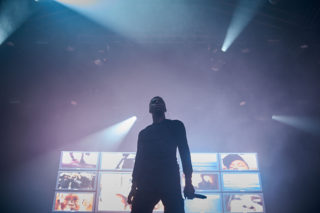 C'mon, who tripped over the laptop cable?

The first night proper of Primavera Sound is serious. There wasn’t a lot of movement during early evening sets from Björk, Nick Cave & The Bad Seeds, and later, Nils Frahm. More gazing. It’s down to Fever Ray and Vince Staples to provide a light touch to an otherwise pensive opening evening. That’s not to say Staples’ on stage persona is particularly jovial, he’s earnest about his business, too. But it’s the first time a crowd really moves.

It’s not Staples’ aim to purely bring the party – he does, by virtue of his ceaseless energy and the general thrust of the set – but he’s also there to provoke some thought. The stage itself it set up like a Currys’ shop window from 1996 – a dozen TV screens of varying dimensions projecting everything from police brutality to basketball and naked arse cheeks. And that’s it. It’s a barren set-up apart from Staples, with each new track cued in presumably from a laptop side-of-stage.

Where that lack of furniture would swallow up other performers the 24-year-old uses the empty space like a gymnasium. Strolling in circles, and striding left to right and back again. Away from his shows he’s known for not holding back – whether that’s weighing in on R. Kelly or reviewing the events in the Olympics. Tonight, though, he keeps the conversation functional: “I’m happy to be here, I hope that you’re happy to be here,” being probably the most interesting. Or, “you look like me.” 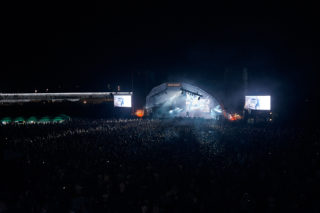 It’s only a minute or two where everything is shut down – a hasty reboot happening somewhere – but somehow the momentum is stolen. Before that though, it’s half an hour of ruthless power with the bass so loud it sends waves through the drinks the crowd hold aloft. Opener ‘Get The Fuck Off My Dick’, ‘Late Night Ballin’’, the Major Lazer remix of ‘Ghost’, ‘Party People’ and ‘745’ all sound muscular.

Once the power is restored he picks up with ‘Blue Suede’ and finally ‘Yeah Right’. There’s no encore, and no room for the likes of ‘Crabs In A Bucket’. Clearly pretty pissed off by the technical hic-cup he’s gone, but not before he’s given the 2018 edition of Primavera Sound it’s first real excuse to cut loose. 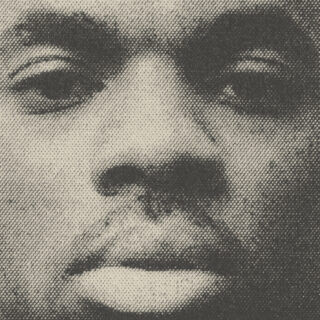