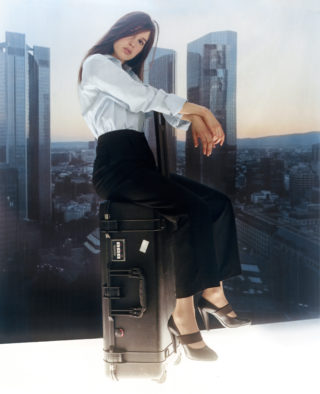 "I’ve fallen out of love with nightlife but that doesn’t mean I don’t want to have sex with it, you know what I mean?"

As we now know, life on the road isn’t all it’s cracked up to be. But we’ve all been there, lost in our own picturesque dream of rock ‘n’ roll bohemia: the screaming fans, late night soirées and glamorous debauchery. Strip away the inflated expectations, though, and what are you actually left with? Badgering journalists, perpetual jetlag and countless lonely hotel rooms. It’s a reality worth ignoring, but French Canadian electronic artist Marie Davidson wants a chance to set the record straight.

She’s just set off on tour, and from now until Christmas she will play shows in more than ten different countries. The run marks the arrival of her new album, ‘Working Class Woman’, and for someone who hates the necessity of lugging her work around the world with her, Davidson radiates a deeply calming presence. Sitting in the sterile lobby of her London hotel, she explains: “The biggest struggle is the constant travelling. I’m in airports all the time. Four to six flights every week, sometimes even more. The airport and hotel life is very isolating. I feel alienated all the time.” It’s a sobering sentiment and one you wouldn’t expect from ‘a dream come true’.

Her voice is soft and delicate, so much so that I’m worried the music coming from the inbuilt speaker overhead will drown out the interview recording on my shitty phone mic. Yet when giving her thoughts on a different kind of work schedule – the nine ‘til five that most of us endure – her stance unmistakably sharpens. “It’s just so crushing and I find it deeply depressing. It works for a certain type of person, and in that respect, I have nothing against it at all. But it doesn’t work for everyone and we can literally see it. People all around are unhappy, depressed and stressed out.”

It’s everyone’s predetermined path that pisses Davidson off. You go to school, then you work, then you retire and then you die. Our bleak existence summed up in one miserable sentence. Is it too much to ask for an alternative that doesn’t leave anyone feeling inadequate? “People are fully encouraged to work but also shamed if they don’t,” she says. “Anyone could end up on social welfare just because of bad luck. It could be personal issues, poor health or you just lost your job because your company closed down or whatever. There’s so many ways you could end up on welfare but there shouldn’t be any shame or guilt connected to it. No one can be proud to say they are on benefits.”

“If you do have a job, it becomes your identity. Hi I’m Carol, I’m a store manager. Hi I’m Jack, I work in IT World. It’s sad because people only define themselves by their jobs. I do it too sometimes. I don’t jump to it immediately but if people ask me, I reply, hi, I’m Marie and I make music.” Whether she knows it or not, Davidson is of course privileged to be able to say, ‘I make music for a living.’ But just like Jack from IT World, she doesn’t want a job to define her own identity. 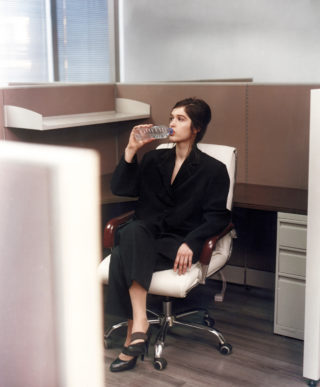 In recent years, Davidson’s relationship with nightlife and club culture has been a precarious one. The release of her name-making third album, ‘Adieux Au Dancefloor’ (my attempt at the correct French pronunciation isn’t at all flattering), literally documents her departure from her previous life entangled in club culture. This midnight apathy is mirrored on ‘Working Class Woman’, but just like any other passionate love affair, it’s always more complicated than simply goodbye. “Once you fall out of love with someone, you still have strings attached, right? You might have fallen out of love but you still care for them, desire them sexually sometimes. You might still want them as a friend or maybe you feel hatred towards them. Even in hatred, there is some attachment. So this is my relationship with nightlife right now. I’ve fallen out of love with nightlife but that doesn’t mean I don’t want to have sex with it, you know what I mean? It’s just like having sex with an ex. Sometimes I find it attractive and sometimes I find it repulsing.”

Let’s be clear, Davidson might’ve waved her goodbyes to the dance floor, but she definitely wants you to dance to her music. Clearly somewhere, I’d misunderstood. When asked if her music could be described as ‘anti-dance music’ (a phrase I literally made up on the spot), she recoils. “Oh my god, I am not a part of that movement! That sounds like a fascist movement, that’s horrible. I don’t want to be connected with that at all.” After two minutes of me jabbering to explain myself, we reconcile. She explains: “I think I make primarily dance music, but it’s not like that the whole way through this album. It’s a mixture of ambient and dance tracks. I like dancing to ‘Work It’, ‘So Right’ and ‘Burn Me’. They are definitely dance tracks for me, but it depends on your taste in music. These days you can dance to anything, it doesn’t just have to be pure pop or house.” 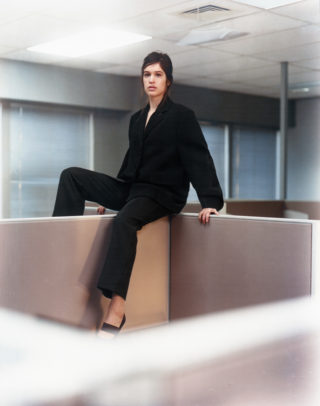 And when you’re not dancing to ‘Working Class Woman’, Davidson wants to tell you about psychology. Influenced by the works of Carl Jung, Alejandro Jodorowsky, Alice Miller, and Gabor Maté, she likes the idea of getting her brain picked. “A lot of the album is inspired by books and conversations about psychology,” she says. “It’s something I really like to discuss. I think we all want a psychologist to take care of us and solve our inner mysteries.” She also enjoys poking fun at her own internal fragility. “Tracks like ‘Your Biggest Fan’ talks about the people around me. You can hear the kind of things people have said to me and the things that I’ve overheard about me.” Laughing now, she explains, “I find it hilarious. I used to care because I was very self-conscious and anxious. I’m still anxious today but not when it comes to others’ perceptions of me. The song is about me breaking up with all that and deciding to have some fun with it. It’s very dark humour in that way.”

It’s this dark humour that makes Davidson’s music so hilariously pertinent to our own lives. ‘Working Class Woman’ is a public dissection of Davidson’s own ego but also unravels itself as intimately relatable. “It’s not a selfish album” she explains, “that’s different. It’s egotistical so naturally it talks about my ego. It’s about my psyche, archetypes and ‘the self’. But it’s not a selfish album, it’s actually a very inclusive one.”

I guess the point Davidson is trying to make is we all need to stop focussing so hard on being the big fish, because actually, it’s okay to be a little one. But I’m stuck thinking about what Jack from IT World makes of all this? Pulled straight from the masochistic tone of lead single ‘Work It’, Davidson sings the same phrase over and over again: “Work to be a winner.” Can Jack from IT World be a winner? She smirks and choosing her words carefully replies: “The question is do you want to be a winner? If you want to be a winner, yes you have to work a lot. But it’s also okay to not be a winner. That song is a joke. The message that’s important is if you work, work for yourself. Trust yourself, love yourself, feed yourself and then you can be a winner.”