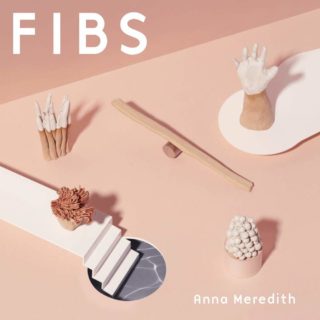 In the three-years since Anna Meredith emerged with her outstanding debut album Varmints she’s had a stab at reworking Vivaldi’s Four Seasons on the experimental Anno, released her first soundtrack (for Eighth Grade) and even got Big Liz’s attention – it’s now Anna Meredith MBE, in case you didn’t know.

From Last Night of the Proms to high-fashion ads, contemporary classical to art pop, techno and ambient, Meredith’s ability to straddle the different worlds was a characteristic that made her aforementioned debut so compelling.  And that cavalcade of orchestral ambition, compositional cleverness and a playful ear for melody makes its successor no different, but equally brilliant.

All those years of writing, composing and creating music for others is transposed here; the balance of avant garde and pop sensibility at the heart of what makes Meredith’s music so engaging, and ultimately what makes FIBS a lot of fun.

You’ve got the joyous stomp and wailing guitars of ‘Paramour’, the off-kilter, theatrical synths, tumultuous rhythms and twisted time signatures of ‘Sawbones’ and the more traditionally classical ‘moonmoons’ adding a dark, dramatic tension; an expressive soundtrack to a piece of performance art you’re yet to see.

Meredith talks about the concept behind FIBS being “Lies. But nice friendly lies. Little stories and constructions and daydreams and narratives that you make for yourself or you tell yourself.”

That sense of mischief plays out in the melodic pop and vocal hooks of ‘Killjoy’, it’s jagged, rhythmic switches teasing and tantalising in a Dirty Projectors meets The Futureheads kind of way. Or take the satisfyingly dubby groove of ‘Calion’, beefed up with a surprisingly substantial bass womp as it slips into red-lit neon and slinking shadows: the electronic gossamer track Chromatics might’ve written for the Bronson soundtrack.

Elsewhere, ‘Limpet’ treads heavily in the world of rising rock rhythms, ‘Ribbons’ bops along with an art pop delicateness and the stop-start ‘Bump’ stutters and jerks as the most abstract track on the album. But far from feeling like a jumbled assortment of styles, FIBS feels more like a sprawling spectrum that hits a spot somewhere between the irresistible and the intriguing.