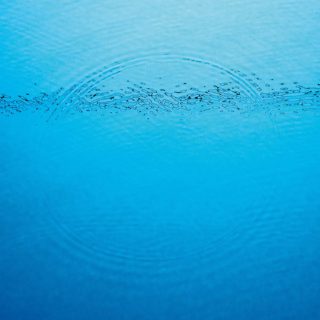 Over the last decade, Dan Snaith has reached an omnipotence that’s felt like he’s never too far away from the studio or a live set. Dovetailing between Caribou and Daphni, his prolificity makes this album number six in 10 years, if you include FabricLive93. But with more than five years since the release of Our Love back in 2014, and Snaith primarily in Daphni mode for the latter part of the decade, Suddenly seemed to pop up out of nowhere like a little blast of sunshine and dopamine to wave off these SAD winter months with a cheery two-finger salute.

It seems that five-year gap between Caribou albums owed a lot to Snaith adapting his creative process. More accustomed to magicking music purely from imagination than referencing his home life, incorporating more personal aspects meant compromise – and accepting a much slower process.

“There’s a tension between those sudden things which blindside you and the more glacial, gradual day-to-day changes,” Snaith says. “That’s why so often when something drastic happens, suddenly it catalyzes all sorts of changes in our lives – our perspective shifts. “Whether those are losses and traumas from my life and the lives of the people around me, or reflections on the joys and challenges of seeing my relationships with my kids and my parents change over time, things from the grain of my day-to-day life insisted on making their way into the music.”

So, when his youngest daughter learned the word ‘suddenly’ and started repeating it non-stop, and his wife suggested it as the album as title, it “resonated on all sorts of levels”. And as well as inspiring the title, those ideals of time, family and reflection also appear on the album itself on ‘Sister’.

“The line I used is my mum singing a nursery rhyme to my sister when she was just a baby,” he explains. “For all that I’ve said about putting my life into my music, that moment is the most personal”.

It’s an adaptation that might have slowed things down, but in the same way like-minded peers Sam Shepherd (Floating Points) and Kieran Hebden (Four Tet) emerge with fresh music to an expectant buzz, new work from Snaith always excites, whatever moniker it’s under. That anticipation is no different this time around, but Suddenly initially confounds, too, with those first listens feeling a bit like a Caribou album in name only; a blind sound test that doesn’t instinctively lead you where you think it will.

The lead singles set the tone with the Gloria Barnes-sampled ‘Home’ hitting like the joyful soundtrack to the bride and groom’s first dance – all loose and happy and soulful – and the echoing ’80s Chromatics atmospherics and RnB switch of ‘You and I’. Both were designed to get you to do a double take. Snaith doesn’t want you to get comfortable or get settled because he’s out to get a reaction, even at those double-digit numbers of 10 albums and almost twenty years. First impressions are tough to shake but he’s here making power moves.

“It’s been great watching the first few people I let listen to it react at those points and to see the genuine shock when they first hear those moments,” Snaith says. “I wanted to balance the familiar – the sound that people associate with my music – against these moments of surprise.”

That reaction embodies the entire album. It’s bait and switch, Three-card Monte, Snaith as Danny Ocean: one step, two beats and 900 thoughts ahead of you. Songs drop out and morph into something else entirely just as they’re hitting their stride, pitched vocals drift over stretched pianos, punchy boom-bap beats punctuate flamenco guitar with Snaith’s high, milky vocal a fluctuating feature on every track. Once upon a time, it would have felt strange – an interruption as opposed to an embellishment – but here his vocal feels a natural, essential feature, even if Snaith hasn’t fully convinced himself. “I’m not a strong singer,” he admits. “It’s taken me a long time to build the confidence and find a way to sing my songs that I can live with.”

Opener ‘Sister’ moves with dubby, slow focus, ‘Sunny’s Time’ stirs with a haunted piano loop and rewired vocals, ‘Lime’ spirals from light interlude into low end chaos like Flying Lotus trapped inside elevator music. It sounds anarchic but the ability to convert chaos into complexity has always been part of the appeal; the mathematical mind creating sweet, undecipherable melody.

Snaith believes this is some of the most intricate music he’s ever created, distilling almost 1000 ideas down to create the final tracklist. It’s undoubtedly his most diffused work but it feels fresh and light for it with aspects nodding back almost 13 years to the blooming ambient swells of Andorra, but it’s still a sound driven by the futurism that’s underpinned his more recent output as Daphni.

It’s that wide, technicolour point of reference that makes a track like ‘New Jade’ feel like a snapshot of Jai Paul fully realised (in an alternate future where he didn’t disappear) and gives the cowbell and pots’n’pans percussion of ‘Never Come Back’ its looping, danceable momentum.

Elsewhere, ‘Filtered Grand Piano’ sounds exactly as the title suggests, as keys swim into focus during its 50-second interlude before ‘Like I Loved You’ eases into an RnB slow jam with butter-smooth bass, Spanish guitar and key change falsetto – another surprise on an album that consistently, politely defies. ‘Ravi’ then flicks things back to something a little more propulsive with itchy hi-hats and a peppy 4/4 house beat before the lullaby softness of ‘Cloud Song’ brings things to a close.

From Manitoba and the genesis of Caribou to Daphni’s contemporary take on the club, Snaith has never taken a backwards step. He talks of his albums as “photo albums, snapshots of my life at that time”, a musical catalogue of the places, moments and people closest to him. Suddenly certainly doesn’t have the immediacy of Our Love or Swim but by setting out to create something that’s a more intimate reflection of himself, it feels like the closest, if not most literal, realisation of that snapshot intent.

The result is an album that’s as complex and compelling as anything he’s ever made and while it doesn’t provide the instant gratification of its predecessors, Suddenly still has that intangible quality that’s characterised every Caribou album to date. Sometimes you have to do something for yourself, even if it comes as a total surprise to everyone else. 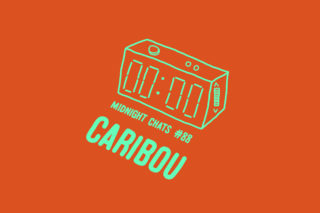