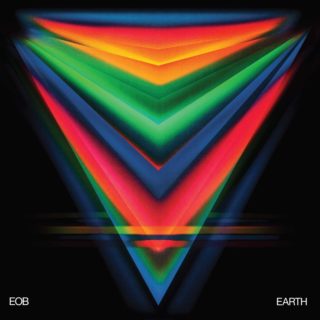 “Thom, Jonny and Phillip are all making their own music,” admits Radiohead guitarist Ed O’Brien of his bandmates’ extracurricular endeavours at the beginning of the bumf that accompanies the review copy of his debut solo album. “The last thing the world needs is a shit album by me.”

While O’Brien has an irrefutable point, it’s both bold and strangely humble to admit as much by way of introduction to a solo career. Then again, it’s perhaps a fitting tone to adopt: after all, Earth itself is also both bold and strangely humble, clearly content in its own fairly chameleonic skin but also aware that breaking new musical ground remains very much the preserve of its author’s parent band, and something neither desired nor, it seems, given the self-stated brief, particularly possible here.

Instead, Earth is a largely pleasant tapestry of a cheerily peaceful, already-successful man in his 50s dabbling with the sort of music he finds most appealing, which broadly falls into categories of crunchy guitars, driving electronic rock, and wistful folk. Some of this succeeds beautifully — the dreamy chiming of ‘Long Time Coming’ and sombre texture of ‘Mass’ are particularly lovely, as is the clean air of ‘Sail On’ and the pastoral duet with Laura Marling on ‘Cloak of the Night’; some is admirably diverting — ‘Brasil’’s flip from gentle fingerpicking into heads-down techno and the playful major-key chirrups of ‘Shangri-La’ both have have their moments; and some flails about somewhat worryingly, not least ‘Banksters’, a commendable skewering of international capitalism that manages to feel simultaneously deadly relevant and rather tired — but even those of the latter description aren’t fatal to the album overall.

Thankfully, then, Earth is not a shit album, by any stretch: indeed, the more solemn, atmospheric sections are rather lovely, hinting at a warmth and well-roundedness, both musically and in terms of personality, that many Radiohead fans have long suspected of the band’s second guitarist, and even the slightly callow bombast of O’Brien and friends rocking out for far longer than necessary from time to time can be forgiven by the manner in which the whole jamboree is presented. Neither, however, can you imagine Earth becoming anyone’s favourite-ever album, although the impression is that that’s not really the point here, especially given that O’Brien’s been involved in a few of those already. Instead, Earth is mild, fond of itself and of its listener, and amiably unassuming; anything more, one suspects, is beyond its scope. 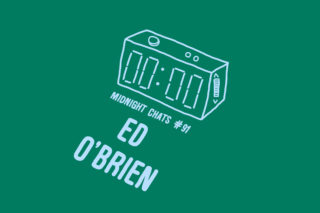