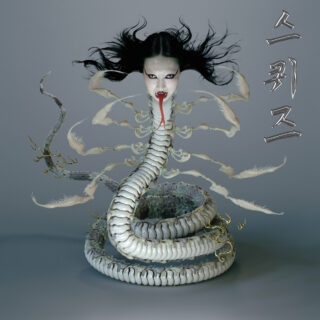 Squeeze is partly inspired by the Japanese yōkai folk spirit Nure-onna. Literally translated as “wet woman”, the creature is a vampiric deity that lures victims with a small bundle that looks like a baby. If a good person holds the child, she spares them, but if a bad person discards the child, she traps and then kills them.

What drew SASAMI to the story was its multiplicity; how the Nure-onna can simultaneously be feminine and noble, yet vicious and deathly. Moreover, the album’s title can mean both a gentle or constraining action, and in all aspects of its composition, Squeeze is representative of this duplexity.

Squeeze takes elements of what came before on 2019’s self-titled debut and propels them forward, filling the more pedestrian gaps of that album with moments that spark a vengeful and empowering fire, and the same purgative release is also provided by the record’s calmer passages. Opening track ‘Skin a Rat’ couldn’t be further from what the L.A. artist is known for, ploughing ahead with complex industrial alt metal, whilst ‘Say It’ punctuates itself with harsh, Nine Inch Nails-worthy suspenseful electronics. These heavier aspects of the record are moreish, naturally feeding throughout its entirety, rather than feeling like an unwelcome surprise. The pinnacle is reached on the absurd thrash metal cover of Daniel Johnston’s ‘Sorry Entertainer’, which rips fiercely through everything in its path – as it has every right to when it sounds this good (SASAMI even enlisted Megadeth drummer Dirk Verbeuren for several of these brutal tracks).

It’s not all heavy gloom though. Oblivion is interwoven with more delicate moments that SASAMI built her name on, this time more triumphant than before. There’s clamouring, feedback-laden indie-folk on ‘The Greatest’, and penultimate instrumental track ‘Feminine Water Turmoil’ feels both jarring and beautiful in its emotions, much like the folktale the album was inspired by.

Made with the intention of helping her audience to access and process anger, Squeeze is a remarkable album from SASAMI, full of eruptive contrasts and nuances that, for all the fireworks, are always true to her artistic vision. 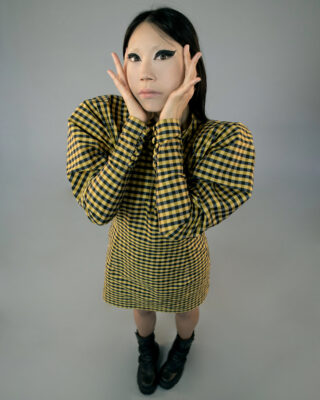 SASAMI: time to get heavy