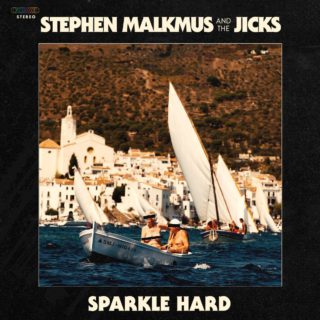 Although the Jicks have now made far more music than Stephen Malkmus’ first band Pavement ever did, it’s difficult to ignore a certain Wings-esque aura that lingers nonetheless: cosily comfortable, confident as only a band comprising four successful 50-somethings can be, and unashamed to quote their younger selves, with each passing album the sense of the Jicks as the ultimate middle-aged alt-rock comfort food becomes more entrenched.

That’s no bad thing, though, when said food is as well prepared as this. Opener ‘Cast Off’ picks out an unmistakably Malkmusian hook with its very first line, and infectious melody runs throughout, via either pleasantly chugging guitar riffs or Malkmus’ own charming tongue-twisters, delivered with as deliciously little effort as ever. Accordingly, ‘Middle America’ and ‘Refute’ both hit the sweet spot of melancholy and quirk, and even ‘Bike Lane’, a song about Freddie Gray, the black 25-year-old who was beaten to death in the back of a police van, remains eerily upbeat. Things only falter when paucity of songcraft is badly masked with novelty effects units, and even then it’s a tribute to Malkmus’ ear that a vocoder can’t entirely derail proceedings.

No amount of studio circus tricks, stacked autotuned vocals or attempts to engage with contemporary politics can disguise the continued evaporation of Malkmus’ edge and urgency, but that’s not to say that the Jicks have given up trying, and ‘Sparkle Hard’ is a perfectly pleasant album that will elegantly sate a particular hunger. No one apart from a certain kind of wilful contrarian, however, will cite it as evidence that the Jicks are the band Pavement could have been.