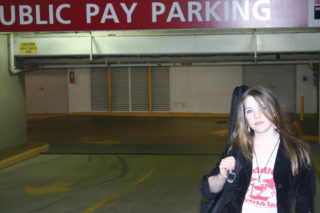 I was 16 in 2001, living where I grew up in Mission, British Columbia. Mission is a very small, tightknit community, and I was lucky because they had this strong community theatre scene going on. I indulged in all of that.

I grew up in two houses – my mum’s and my dad’s (we’d switch every two days), which were about 10 minutes away from each other, and separating their houses was this forest park pathway, so I’d play a lot in my childhood and my teens. I didn’t realise how special it was, but I’d be riding my bike on the trail and hiking up to the monastery there. There was a lot of nature.

I was definitely a bit of a goody-goody, but that isn’t always easy. I had four parents who were all teachers or Principals of schools, so I was trying really hard to be good at school. I wanted to be the star of the musicals and get straight A’s. I was an annoying, perfectionist goody-goody. And I did get to be the star in the musicals: I got to be Annie in Annie, Dorothy in The Wiz and Sandy in Grease. That was my thing – at 16 I started to get into song-writing, but before that any opportunity to perform I was attracted to. My parents indulged me in all of it.

I have one sister, who went to the other high school in town, where my dad was the Principal, and an older brother who went to the same high school as me, and thank god for him. He was extremely popular, and being a musical theatre nerd I don’t think I would have had it so easy if I hadn’t had a brother who was so loved by everyone. My most potent memory of Colin was when a bunch of kids were bullying a boy who was disabled and my brother went and stood up for him in front of everybody and shamed these kids, and it changed everyone’s perception of how they treated this kid for the rest of the year. That was a proud moment.

To describe me best, I floated around a bit – I wasn’t a popular kid but I wasn’t an un-liked kid either. I had a best friend who was into Basketball, and we got invited to the parties, but neither of us drank. She was religious, and I wasn’t but I attached myself to her for the safety of it. I was a bit of a late bloomer – it was an innocent, long, drawn-out childhood.

All I wanted was to be a singer and a songwriter, but I didn’t know how to do that. I think my dad thought I’d be a music teacher, and I did go to music college for a year but then I got so into songwriting that that took over, and I got really into the bohemian, Vancouver lifestyle.

The first song I wrote was a protest song when I was 9. It was called ‘They’re Cutting Down the Big Trees’. But the next song I wrote was a proper song called ‘Dear You’, for a boy, who I played it to. He was a gorgeous recluse who played chess, and I ended up taking him to prom, so the song worked. But I wasn’t into the music that the other kids were into in 2001; I was into Joni Mitchell and I’d go running to Tom Waits, which my dad thought was weird. He’d say that the contemporary jazz I like was for old ladies. The pop music I liked was Sinead O’Connor. And I had one hobby away from music, which was long distance running. It was something I bonded with with my dad over – we’d go running in the woods.

It sounds like I was really mature, but there was a real innocence to all this. I wasn’t thinking to fit in and go to parties and drink – I think I went to one party ever and drank, and kissed one boy, and it was a really big deal for me. And then I moved to Vancouver and became corrupted. My parents put me in this sorority house, which we thought was going to be this safe sanctuary, and it turned out to be the biggest party house on the whole campus. I enjoyed the freedom. 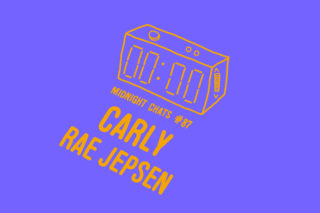