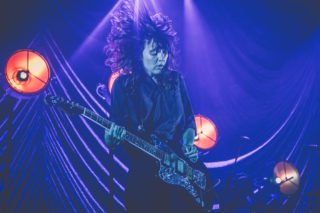 Courtney Barnett spends most of her new album, ‘Tell Me How You Really Feel’, shying away from everything everyone thought she was: the dry one-liners aren’t as quirky or zingy, the mundane details rooted less in deadpan humour and more in frustrating dead-ends, and sometimes the right phrases don’t come at all.

At first, it seems that tonight’s show at the Roundhouse is going to balk at expectations, too: for the first few drowsy bars of ‘Hopefulessness’, she’s lit by a glaring red spotlight that singles her out from her band but doesn’t illuminate her in detail, so all you can make out is a shaggy fringe and some black clothes. It comes off like a grudging compromise, a way of being a focal point but still holding something back, until she starts singing. “Just get this one done,” she half-drawls, half-barks with more force than she does on record, trying to power through another bad day. “Then you can move along.” It’s not as showy as some of her couplets, but here, ringing out above the sluggish guitar, it sounds like she’s fighting through fog and coming out on top.

If, as Barnett sings next on the ragged stomp of ‘City Looks Pretty’, she’s been worrying her “heavenly prose ain’t good enough to fill that hole”, her solution is to just bludgeon through instead. ‘Charity’ is raw and rougher around the edges, with Barnett taking extra sardonic glee when she sneers “Everything’s amazing / So subservient I make myself sick”, and on ‘Need A Little Time’ she drags out a gloriously messy guitar solo while taking big, wide-legged steps like she’s trying out a swaggering moonwalk.

And then there’s the ferocious one-two punch of ‘Nameless, Faceless’ and ‘I’m Not Your Mother, I’m Not Your Bitch’: the former is bruised and grungy, its Margaret Atwood-inspired chorus (“I wanna walk through the park in the dark / Men are scared that women will laugh at them… Women are scared that men will kill them”) into a defiant yellalong, while the latter’s short thrash of noise also heralds the return of the red spotlight, so Barnett looks like a sinister vengeance demon when she spits: “I try my best to be patient / But I can only put up with so much shit.” 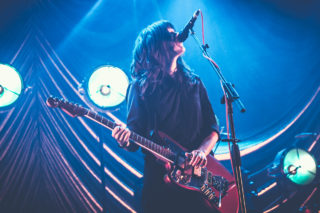 The first half of tonight’s set is a start-to-finish recreation of ‘Tell Me…, which is a blessing and a curse: that sustained scorched-earth attack is so blistering it burns up the next couple of songs, although there’s still room for the ramshackle wistfulness of ‘Walkin’ On Eggshells’ and softer, stirring ‘Sunday Roast’ to sink in. It means there’s a jolt of new energy, too, when Barnett kicks off a hit parade of older songs with a souped-up ‘Avant Gardener’, which is filled out into something a little flashier without losing any of its wry charm, and then turns the initial unnerving quiet of ‘Small Poppies’ into a grubby din.

There are also gleeful reminders that Barnett’s songs have more narrative sleights-of-hand and devilish wordplay than most short stories. ‘Elevator Operator’ is all puckish humour and odd details, the tale of disgruntled office worker Oliver who plays hooky from work and gets badgered by a woman with “hair pulled so tight you can see her skeleton” who’s convinced he wants to jump off a building. ‘Depreston’, her account of a house hunting trip that turns into something far more morbid, spins similar elements into something more sombre, and when the music drops away for a brief second, you can only hear her and the crowd gently murmuring the hook: “If you’ve got a spare half a million/You could knock it down and start rebuilding.” She closes with an extra-wild ‘Pedestrian At Best’, guitars skidding dangerously as she yells: “Don’t put me on a pedestal, I’ll only disappoint you.” It’s a promise she’s still yet to make good on. 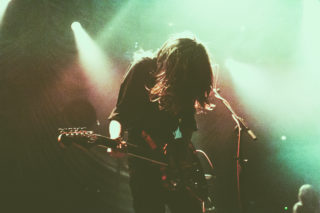 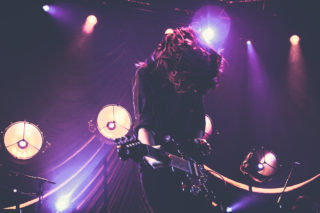