Some debut albums arrive in a state approaching perfection, suggesting that the authors had either been building to this moment their entire lives, or had reckoned on only getting one shot, so had to make it count. Mogwai’s ‘Young Team’, released 20 years ago today, is not one of those debuts. Indeed, it’s barely a debut: in the 18 months preceding its arrival, there had been three singles, an EP and enough one-off tracks donated to cover-mounted cassettes that the band had already released an album-length compilation of their early stuff, ‘Ten Rapid’, the previous April.

Instead, ‘Young Team’ is the start of a conversation: expansive and imperfect, but still provocative and open to challenge, today it resembles a sort of establishing rhetorical motion that over the next twenty years Mogwai would unpick, reassemble, oppose and reinforce – the sort of foundation stone whose significance only grows as more weight is heaped upon it. The fact that it’s still possible to identify responses to some of ‘Young Team’’s bilious attitude in last month’s ‘Every Country’s Sun‘, for example, is testament to what an enduring blueprint the record has become.

Not that that was necessarily apparent in 1997: then, there was a sense that Mogwai represented the younger, second wave of the then-underground “post-rock” movement that had been bubbling since the turn of the 90s. And, with long, mainly vocal-free pieces that explore timbre and a sort of tension-and-release confrontation at the expense of anything more user-friendly, ‘Young Team’ superficially fitted that bill.

However, listening twenty years on, there’s far more to the album than its “post-rock” tagging. Indeed, if this is a post-rock record, then the emphasis lies squarely on the “rock” end of the spectrum: opener ‘Yes! I Am A Long Way From Home’ is (almost) the sound of a traditional four-piece band playing without its singer, containing even something akin to a guitar solo towards the end, and the abidingly magnificent ‘Like Herod’, for all its loud-quiet-loud post-rock signifiers, owes its greatest debts to the MC5, 80s hardcore and even Nirvana.

In contrast, too, with the emotionally aloof music that had been cast as “post-rock” up to now, ‘Young Team’ is unashamedly full of feeling: the glistening guitar tones that surround ‘Tracey’’s glockenspiel generate a sort of poignant, dreamy hopefulness, while the doleful ‘R U Still In 2 It’, all heavy-hearted sad-drunk torpor, bears no relation to sterile, potentially nerdy academic experimentalism. The whole record, meanwhile, swims in a tangible sense of youthful frustration, of railing against the world and of the anger, sadness and occasional euphoria that that beligerence elicits.

And nowhere does that authenticity, punk-rock ferocity and emotional outpouring come together better than in the record’s finale. ‘Mogwai Fear Satan’ is the band at their most weaponised and feral, the sort of music whose eagerness and ecstatic unrefined rush, you sense, could only appear on a debut album. It remains Mogwai’s most iconic moment, and even if twenty years of live performance has streamlined its execution somewhat (its 16 minutes had shrunk to 11 by the time it appeared on the ‘Special Moves’ live album in 2010), none of its impact has been lost: a common calling card of a lot of the records that this series has revisited in the past year has been the sprawling, rather magisterial closing track (Essex Dogs, The Private Psychedelic Reel, Cop Shoot Cop etc), and ‘Mogwai Fear Satan’ sits proudly among that grand company.

The track is not just a wonderful blow-out, either – it has function too. Such heft coming at the end of a long album, mopping up a quarter of ‘Young Team’’s entire running time, anchors the record quite gracefully: at 64 minutes, ‘Young Team’ should feel ponderous, especially as a debut, but ‘Mogwai Fear Satan’ counterbalances any earlier dangers of drift with ease.

On its twentieth birthday, ‘Young Team’ makes a decent case for its authors being one of the great modern rock bands, “post-” or not. For one, looking back at the musical landscape of 1997, little else, especially in the UK, sounded like Mogwai – and founding a career as distinctive as theirs on something so hitherto alien is surely worthy of note. For another, the idea that one of that year’s few debutants to survive twenty years would do so by making confrontational, radio unfriendly music full of mood-swings and fuzz is fairly triumphant. Sure, longevity is no automatic measure of quality, but achieving it in as uncompromising a fashion as Mogwai have done is remarkable.

And while Mogwai’s was not a career that leapt from the traps like some young bands’ do, in hindsight that now rather suits the mood of ‘Young Team’. After all, this is a slow, slithering, deliberative record made for long-term digestion, and today its imperfections have matured to match: this is music with tactile smudges, background hum and cacophony retained. Coming at the arse-end of Britpop’s adoration of nuance-free production sheen, and combined with the band’s bolshy antagonism, that approach now appears relatively bracing.

From ‘Young Team’’s springboard, the band would refine their shape and their intention, both on stage and on record, still scurrying some of their finest compositions onto one-off singles and saving, it seems, their most compelling music for live performance. But for all that Mogwai’s collection of BBC sessions, ‘Government Commissions’, is their most consistently impressive album, and their gigs remain the most thrilling exposition of their sound, it’s on ‘Young Team’ that the fuse for everything that followed was audibly lit. This week, on tour, the band have been closing their sets with ‘Mogwai Fear Satan’ – not, you sense, out of any nostalgia, but because, in all its gory simplicity, it’s still, twenty years on, near impossible to top. Their non-debut debut that precedes it, savage in all senses of the word, is just the same. 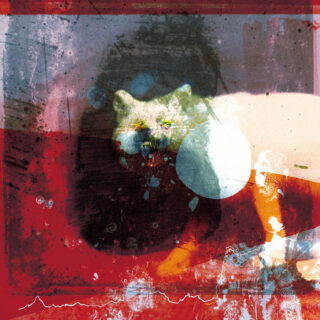