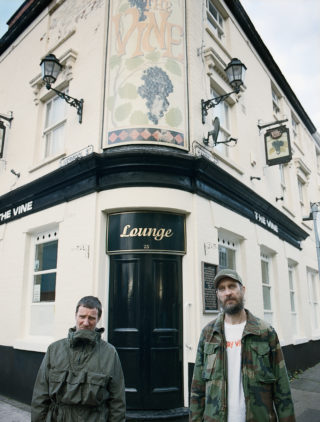 The end of a not-so-glorious year is upon us

By some miracle/luck/stubbornness – but mostly thanks to the support of our readers – we’ve made it to the end of 2020 and our final issue of the year. 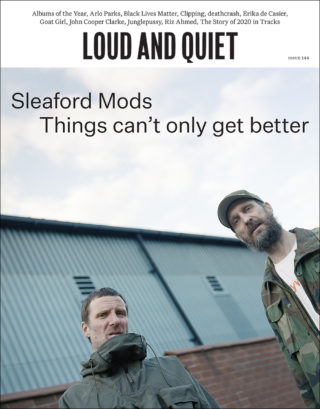 Marking the occasion are Sleaford Mods, who we’ve wanted to put on the cover of the magazine for as long as I can remember. Ahead of their new album, Spare Ribs (coming January), Jason and Andrew gave us a tour of where it all started for them, on the skint fringes of Nottingham. Looking ahead to their new record, they also looked back, at the bar where they met, the flat where they made their first albums together, and the shop doorways where they played their first shows.

We’ve put together our Top 40 Albums of the Year, of course, and Luke has retold the awful story of 2020 in its most important tracks.

Jamal Guthrie has reevaluated the instant reaction of the music industry following the murder of George Floyd earlier this year; where we are now, and the danger of reducing the removal of racism to a bureaucratic process.

We finally spoke with Riz Ahmed about his Brexit breakup album, The Long Goodbye, and Georgina Quach has charted a decade of Instagram being a musician’s best friend.

But we look forward to 2021 too, and where we might be going next, with new artists Arlo Parks, deathcrash, the returning Goat Girl, the shy and retiring Junglepussy, and Erika de Casier. Clipping share their underrated artists and the new names they hope get their dues soon.

All the key releases of the next two months too, John Cooper Clarke recalling life in 1965 Salford as a 16-year-old (it was good), and our regular and guest columns.

Or become a Loud And Quiet member to receive this and future issues, as well as a lot more besides while supporting independent music, journalism and labels.