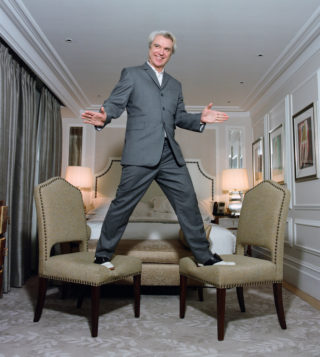 "I'd have to say, The Best of Loud And Quiet"

The early days of Loud And Quiet might have been blessed with the work of such literary giants as Jenny Pencil and Tony Soy, but the story doesn’t end with them. Since recruiting a team of writers who aren’t figments of Stu’s imagination, L&Q has published some work that’s nearly as good as the definitely real Clive La Bouche’s seminal reviews of album artwork.

2020 has marked 15 years of Loud And Quiet, and we had bunch of plans to celebrate, all of which have, of course, been put in the giant dustbin of Covid. Still, our team of writers and photographers are the only reason Loud And Quiet was able to continue past the six-month mark. There’s been hundreds of them over the years, and we asks a few of them to nominate a piece of their own work that they’re particularly proud of. Here’s what they came up with.

“Going to spend an afternoon with Richard Dawson was everything you would expect – we ate in his favourite greasy spoon, we made a pilgrimage to St James’ Park, he played me some of his favourite Finnish metal records in his living room, we lounged in the park with a herd of cows. Admittedly that last one took me by surprise, but his generosity and thoughtfulness on the state of the nation and the power of music didn’t. It’s one of my favourite albums of recent memory and easily one of my favourite interviews too.”

“Anyone who’s been on my Twitter feed at all the past year wants me to shut up about this band, and I absolutely refuse to. Every musician I’ve met has been passionate and hard working, but what struck me about Delmer Darion during our interview was their absolute sincerity – their monklike devotion to their project is something I can’t help but admire. Wherever they go next is definitely going to be interesting, and in the meantime I hope I can be as committed to anything as they are to a concept album about Satan.”

“It’s not often you interview someone genuinely inspiring and so sure of what they have to say. I have a strong memory of hearing cupboards closing down the phone line as Lido Pimienta went about her business while reeling off an amazing life story and so much wisdom during this conversation. I hope I managed to capture some of it in the interview.”

“Sudan Archives has become a favourite on 6 Music, especially for her collaboration with Wilma Archer. Each time I hear the former Brittney Parks being played I remember interviewing her in 2018 and wonder if I could have handled it differently. I’d enjoyed her early releases, which blended looped violin with hip-hop beats, but I found our conversation endlessly frustrating. Faultlessly polite, I nonetheless struggled to uncover any sense of what motivated her to write and record. Yet on reflection, maybe it’s this artistic ambivalence that makes her so intriguing and willing to musically grow.”

“Most of the time when you’re sent to interview someone, you spend an hour with them in a local pub as they help you capture a decent sketch of what they’re like, however brief the encounter. With Boots, though, it turned out to be less a sketching exercise and more a treasure hunt, as the enigmatic producer – contradictory, unpredictable, and inscrutable – led us on a merry dance around Los Angeles for the day. The ensuing feature unfolded like a classic detective story: all the pieces of Boots’ puzzle, I realised, were laid out for me by him all along.”

“This one was bittersweet. David Berman had just released new music for the first time since 2009, and the brilliant Purple Mountains looked to be his turning point after years in the wilderness. I worried that I was out of my depth interviewing him. But I felt at ease with Berman, who was every bit as charming, witty and candid as he was in his songs. He spoke so powerfully about wanting to reconnect with his fans. It’s devastating that such an animated interview would later turn out to be one of his last.”

“For my first L&Q cover I spent an afternoon about as far from my natural habitat as possible – perusing the palatial emporiums of Bond Street with Jimothy as my tour guide. Two years on, I still feel no closer to having the North London rapper all figured out, but I think this feature still holds up well as a document not just of his playful personality, but of the surreal but fun few hours we spent together. Brilliant photos by Sonny McCartney too.” 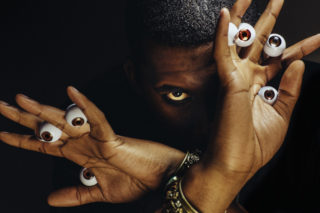 “I was still at uni when this piece got the green light, and with FlyLo being a hero of mine, I was absolutely terrified. The day we spoke, I had a ‘newsday’ in class where we had to show up in a suit and pretend to be newsreaders. I was very sweaty, and my oversized jacket made me look like a child at a funeral. But seconds after hopping on the call, I felt totally relaxed. It was a dream of mine to speak to Steven Ellison and ask him questions, and as soon as it became clear he was just a big music nerd like me, it was easy. I’m really thankful for Loud And Quiet for having faith in young writers, especially for having faith in weird ideas, and weirder art.”

“Taking a lengthy stroll with William Doyle through South London’s residential fringe always sticks in my mind as a fascinating encounter. I’d been granted exclusive ‘on-set’ access into the immersive world of English suburbia that had painted the scene for his 2019 album, Your Wilderness Revisited. As we retraced his youth wandering crescents and cul-de-sacs, I felt like an intruder walking next to him in such intimate and familiar surroundings. He had a rare gift for uncovering beauty concealed in the mundane. It’s an enviable quality I’ve never since forgotten.”

“I remember sponsored cider tents and corporate stages named after sports cars, the insistent Dublin summertime rain scaling downhill and waterlogging Julien Baker’s dying crowd, as Fontaines D.C. set up in the wings to headline. The stage was right in front of Kilmainham Jail, a building namechecked in the lyrics to ‘Big’, making this a caustic victory lap. We sat and talked in the corridors earlier; they were burnt out, but it felt like being welcomed into their home after a particularly big, month-long night out. Dogrel had launched the band into a world of chart battles and network television debuts, and this was them at a strange and bittersweet point of reflection, on coming home.” 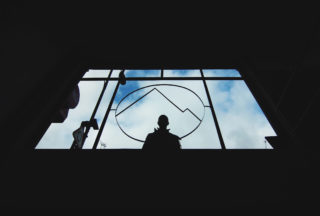 “Ordinarily, music journalists don’t get a lot of time with their subjects. 2017’s Oral History of Erased Tapes was one the few times I managed to spend a significant chunk of time with everyone involved, and I was able to really delve into the personalities and motivations of the people behind the music.

Looking back, the thing I like most about how the story turned out is that it feels like a microcosm of DIY music in the internet age. It might be a little cliche; a bunch of enthusiasts going from connecting on MySpace to selling out two dates at the Royal Festival Hall – but it gets me every time.”

“They say never meet your heroes but Erol Alkan didn’t disappoint. Once an indie-leaning kid from North Wales, he changed the way I listened, thought about, and searched for new stuff. The early 2000s threw up a lot of blog house rubbish, but amongst the dirge, there were some incredible things happening in electronic music – and Erol was pioneering the crossover. Getting the chance to do a track-by-track rundown of almost 30 reworks that soundtracked lost nights at The End was a giddy pleasure. The interview ran long but things like that don’t matter when it feels like you’re reminiscing with an old friend.”

By July of this year, I’d spent so much time in confinement that a day trip to an industrial estate on the north side of Sheffield sounded positively exotic. When I got there, Syd Minsky was in a similar frame of mind; frustrated at months of kicking his heels whilst his band’s excellent debut was delayed, he sounded off with relish on the epic power struggle within the band and the state of the industry around it; on the latter, he’s already bitingly cynical at the age of 18. The resulting piece confirms it’s Minksy’s sheer force of personality, rather than their well-worn influences, that are at the heart of Working Men’s Club’s appeal.

“My first impression of Byrne was just how nervous he seemed. He’s always comes across as awkward and twitchy but it was interesting to see how prominent it still was at his age, in 2018. His eyes were a constant back-forth-up-down, struggling to maintain eye contact, and he was prone to bursts of nervous laughter. Yet after our interview, for the photo shoot, he glided right into it. It was like words were more tricky for him than pictures. I loved seeing how responsive he was to ideas too: he was just about to climb into the bathtub for pictures before the PR called time on the shoot.”