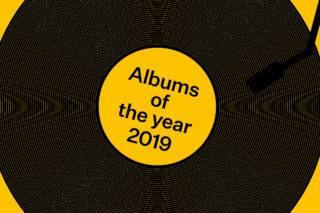 40. Holly Herndon
PROTO
(Matador)
The only album made in 2019 with the aid of an “A.I. baby” called Spawn.
Read Reef Younis’ review, listen to Holly on Midnight Chats or check out our cover feature interview.

39. These New Puritans
Inside The Rose
(Infectious)
Another change for the experimental Barnett brothers, now pairing post-rave with dark orchestrations.
Check out Tom Critten’s review, and Fergal Kinney’s feature interview.

38. William Tyler
Goes West
(Merge)
An album of pastoral guitar instrumentals from the big skies of Tyler’s Deep South.
Take a look at Sam Walton’s write up about the album.

33. Clipping
There Existed An Addiction To Blood
(Sub Pop)
Another concept record from the experimental LA hip-hop trio – a terrifying homage to cult horror movies.
Check out Jamie Howarth’s words about the album.

32. The Murder Capital
When I Have Fears
(Human Season)
The post-rock come art-punk debut from a literary Dublin outfit.
Liam Konemann wrote about the album, and Ian Roebuck spoke to them for this feature.

31. Big Thief
U.F.O.F
(4AD)
The more fragile and oblique of the two records released by the folk rock band in 2019.
Take a look back at Joe Goggins’ review.

30. Freddie Gibbs & Madlib
Bandana
(Columbia)
The second collab between the blunt thug rapper and the mythical beatmaker.
Stephen Butchard scored the album high when it was released.

27. Kate Tempest
The Book Of Traps And Lessons
(Fiction)
The poet’s largely beat-less collection of stories about Brexit, Jo Cox, Grenfell and Brexit again.
Stephen Butchard wrote about the album, and Kate was a recent guest on our podcast.

25. Show Me The Body
Dog Whistle
(Loma Vista)
A second record of spidery anti-corporate hardcore from the NYC trio with the banjo
Take a look at Greg Cochrane’s review.

22. Angel Olsen
All Mirrors
(Jagjaguwar)
The American’s grandiose fourth album, made with a 14-piece orchestra.
Take a look at Susan Darlington’s album review.

21. Weyes Blood
Titanic Rising
(Sub Pop)
The Carpenters soundtracking the apocalypse, written and performed by Natalie Mering
Susan Darlington wrote about the album when it was released.

20. slowthai
Nothing Great About Britain
(Method)
How everyone feels right now; in the form of a snotty, hilarious, punk rap debut.
Check out Tom Critten’s write-up about the album.

19. Housewives
Twilight Splendour
(Blank Editions)
What happens when an unnerving punk band bin their guitars for their second record.
Take a look back at Sam Walton’s album review, and Tristan Gatward spoke to them for this feature.

17. SELF ESTEEM
Compliments Please
(Fiction)
The pop album of sorry-not-sorry self-love anthems that Rebecca Taylor has always wanted to make.
Check out Gemma Samways’ review of the album, Self Esteem also came on our podcast earlier this year.

14. Deliluh
Beneath The Floors
(Tin Angel)
An art-rock debut of droning cold terror from the band rebuilding Toronto’s DIY scene.
Have a look at Jamie Howarth’s album review, and revisit Ollie Rankine’s feature with the band.

13. Kim Gordon
No Home Record
(Matador)
The debut solo album by the Sonic Youth co-founder, 40-years into her career.
Look back at Tristan Gatward’s piece about the album.

11. Anna Meredith
FIBS
(Moshi Moshi)
The composer’s second barrage of avant-pop horn blasts and MBE-awarded clarinet jams.
Revisit Reef Younis’s review of the album, and Anna looking back on her 16-year-old self for Sweet 16.

10. The Comet Is Coming
Trust In The Lifeforce of the Deep Mystery
(Impulse!)
An album as much in love with grime, punk rock and G-funk as it is with classic spiritual jazz.
Take a look back at Sam Walton’s album review.

7. Leafcutter John
Yes! Come Parade With Me
(Border Community)
A modular synth album made with field recordings from a Norfolk coastal hike.
Sam Walton reviewed the album, and spoke to Leafcutter John for this feature.

5. Richard Dawson
2020
(Weird World)
Barbed folk songs about our grotty little lives by the black-humoured bard of Newcastle.
This was Fergal Kinney’s review of the album, and Max Pilley spent time with Richard for this cover feature interview.

3. Little Simz
GREY Area
(Age 101)
The “boss in a fucking dress”, rapping over flutes and strings and distorted drums and bass.
David Zammitt wrote about the album when it was released.

Support Loud and Quiet: Subscribe for £3 a month, and we’ll send you our next nine issues of the magazine. Or gift someone else a whole year of magazines. 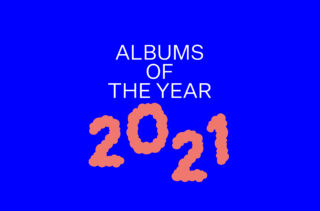 Loud And Quiet Albums of the Year 2021 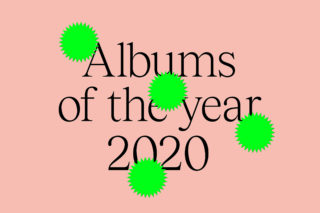 The Loud And Quiet best albums of 2020